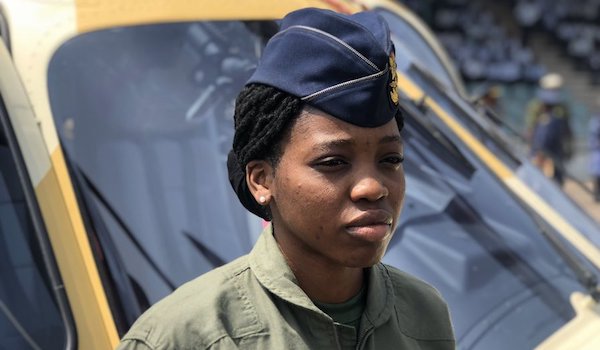 The Nigerian Air Force has said no autopsy was carried out on Flying Officer Tolulope Arotile because the family did not demand for such.

The spokesman for the NAF, Air Commodore Ibikunle Daramola, said this on Channels Television Sunrise Daily Programme on Friday.

He said, “On the issue of autopsy or otherwise, that would have been initiated by the family. But based on discussions with them and the fact that witnesses were there at the time she was taken to the Nigerian Air Force hospital in Kaduna, there were no doubts as to the cause of death which was head injury as a result of blunt force trauma caused by the vehicle hitting her from the rear.

“So, in consultation with her family, her father, Akintunde Arotile, said they wanted closure on this matter and that he was comfortable with the Nigerian Air Force’s investigation which of course is also being transferred to the police,” the spokesperson said.

“Autopsy was not done because it wasn’t requested, the cause of death was already known based on the investigation and how she was taken to the hospital and the confirmation was made. There were no doubts in that regard and there was no request from the family for that specifically. No autopsy was done.”

He said that the Nigeria Police Force and the Federal Road Safety Corps also were invited to investigate the incident.

The NAF spokesman said, “First of all, we carried out a preliminary investigation to determine those who were involved, their level of involvement, interviewed witnesses and looked at the scene. That was our own first phase of investigation because it happened on the base.”

Related Topics:AROTILENigerian air force
Up Next