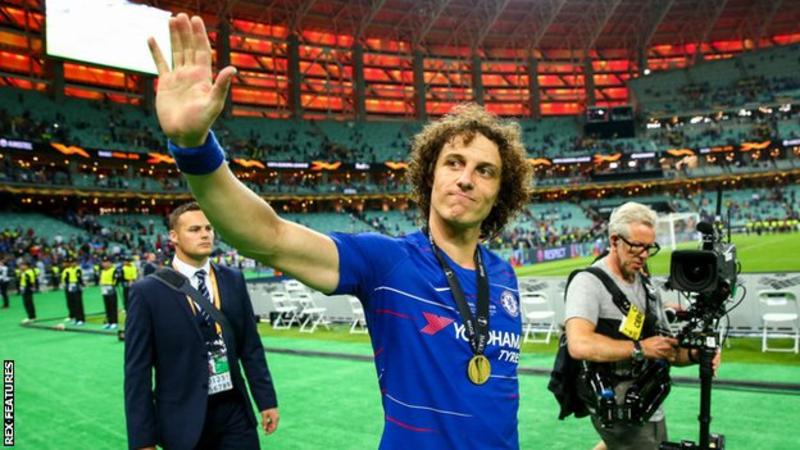 David Luiz is set to become an Arsenal player before the day runs out as the Gunners have agreed an £8m deal with Chelsea on deadline day.

The 32-year-old, who signed a new two-year Chelsea deal in May, will have a medical at Arsenal on Thursday.

Luiz will boost up the defense for the Emirates club after they sold defender Laurent Koscielny to French club Bordeaux for a fee of up to £4.6m two days ago.

the Brazil centre-back has spent six and a half years at Chelsea during two spells and has made 160 Premier League appearances, scoring 11 goals.

His departure, if confirmed, would mean Chelsea’s options at centre-back include Germany’s Antonio Rudiger, Kurt Zouma, who was on loan at Everton last season, and Denmark’s Andreas Christensen.

With the transfer window of the Premier League coming to an end later on Thursday, the Gunner are still hunting Celtic left-back Kieran Tierney for £25m.

Meanwhile, Chelsea are banned from signing players until the end of January 2020 following an investigation into their signing of foreign under-18 players.