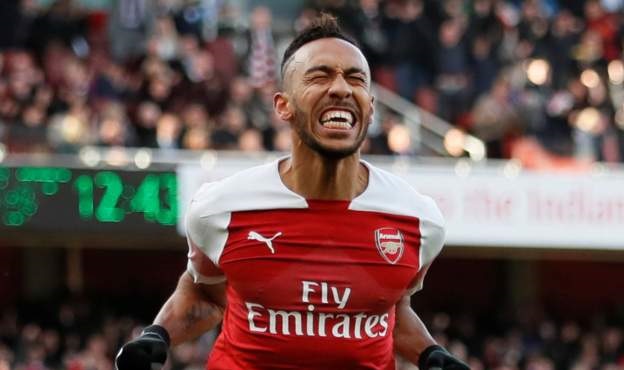 Arsenal have officially announced the departure of Pierre-Emerick Aubameyang as the Premier League side penned an emotional farewell.

The Gunners who confirmed Aubameyang’s exit on their official website on Tuesday night, disclosed that the Gabonese forward left by mutual consent.

He has since had his first training session with the Xavi Hernandez side.

“Auba joined us from Borussia Dortmund in January 2018 and won the Premier League Golden Boot in his first full season in 2018/19.

“He scored both goals in the 2020 FA Cup final win over Chelsea, and scored again at Wembley as we won the FA Community Shield against Liverpool at the start of last season.

“Auba has been our captain for the past two-and-a-half seasons and made 163 appearances, scoring 92 goals in all competitions.

“The 32-year-old was named African Footballer of the Year in 2015 and won the DFB-Pokal (German Cup) in 2017 during his time with Borussia Dortmund. His previous clubs have been AC Milan, Dijon (loan), Lille (loan), Monaco (loan) and Saint-Etienne, together with representing Gabon 72 times.

“We wish Auba all the best for the next chapter in his career and thank him for his contribution to the club.”

Related Topics:arsenalbarcelonaPierre-Emerick Aubameyang
Up Next