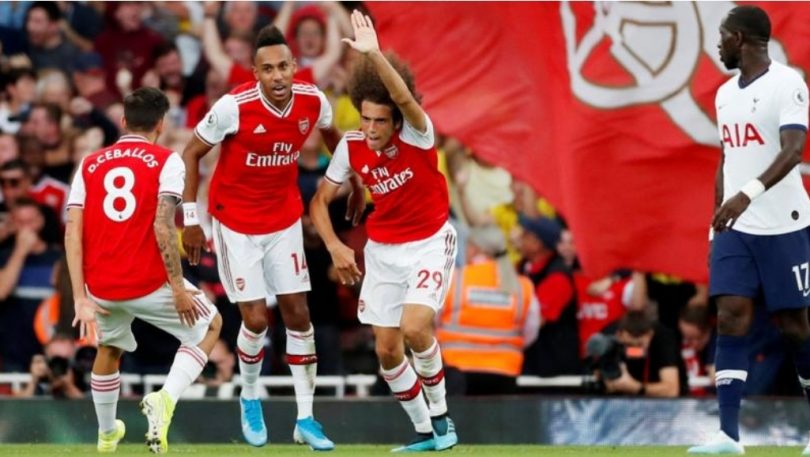 Arsenal put up a superb second half performance to complete a comeback against Tottenham Hotspur in the Premier League on Sunday.

The North London Derby, played at the Emirates Stadium, saw Sours squander a two-goal lead as the Gunners drew level 2-2 to earn a point from the game.

Spurs looked to be in complete control when Christian Eriksen pounced in the 10th minute to put them ahead.

Son Heung-min was senselessly hacked down in the area by Arsenal captain Granit Xhaka to allow Harry Kane to score through a penalty.

The Gunners started the revival when Alexandre Lacazette pulled one back on the stroke of half-time.

Gabonese striker, Pierre-Emerick Aubameyang then equalised in the 71st minute as both sides searched for a winner without success.

The result lifts Arsenal to fifth in the Premier League with seven points from four games.

Tottenham are four places behind, in ninth on five points.