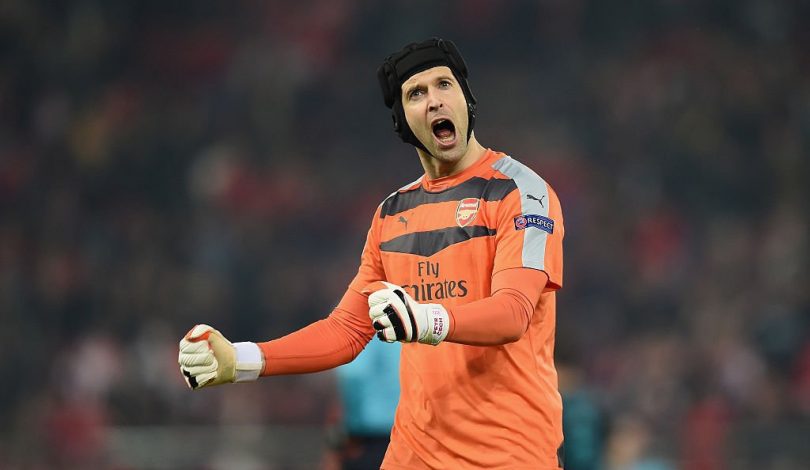 Arsenal goalkeeper, Petr Cech says he will quit professional football at the end of the Premier League season.

The former Chelsea shotstopper revealed this in a statement released through his social media accounts on Tuesday.

The 36-year-old ex-Czech Republic international, who wears a protective headguard during games since a skull injury in 2006, says this is the right time to call it quits.

“This is my 20th season as a professional player and it has been 20 years since I signed my first professional contract, so it feels like the right time to announce that I will retire at the end of this season,” he said.

Read Also: #AusOpen: Djokovic starts with win, to face Tsonga in second round

“Having played 15 years in the Premier League, and won every single trophy possible, I feel like I have achieved everything I set out to achieve.

“I will continue to work hard at Arsenal to hopefully win one more trophy this season, then I am looking forward to seeing what life holds for me off the pitch.”

Cech joined the Gunners from Chelsea in 2015, and holds a number of records in the Premier League, including most clean sheets (161) and longest streak without conceding a goal (903 minutes).