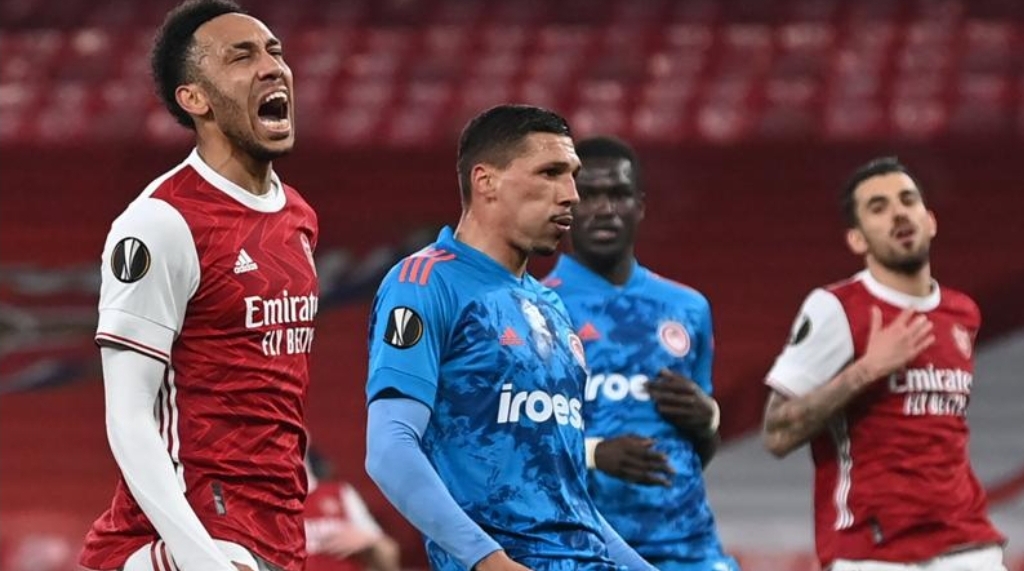 Premier League club, Arsenal have zoomed into the Europa League quarterfinals despite a second leg round-of-16 defeat to Olympiakos.

The Gunners, who had placed one foot into the last-eight following a 3-1 first leg victory, were beaten 1-0 by the Greek side.

Youssef El-Arabi scored the only goal of the game via a deflection off Gabriel to give the visitors hope, but Arsenal held on.

Recall that this was a repeat of last season’s last-32 tie when Olympiakos knocked the Gunners out in the final minute of extra time at Emirates Stadium.

But Olympiakos were unable to build on El-Arabi’s goal to be able to advance as a red card shown to Ousseynou Ba reduced them to 10 men late on.

Arsenal will discover their quarter-final opponents when the draw is made in Switzerland on Friday.