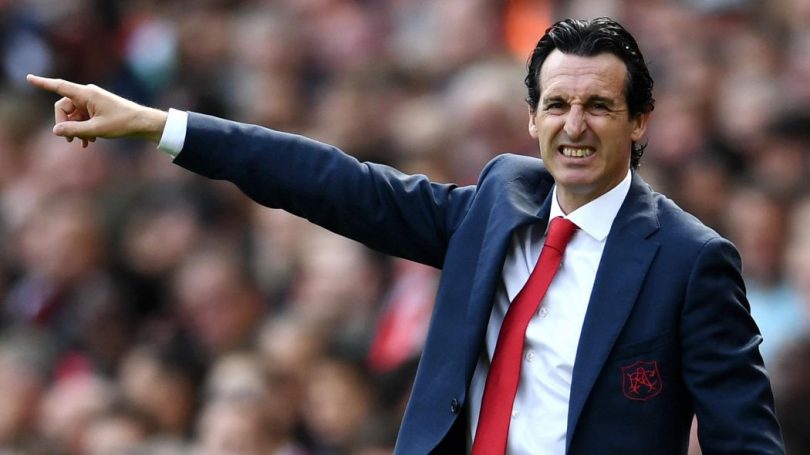 Arsenal failed to secure all three points against Brighton at the Emirates Stadium on Sunday which would have kept them in the race for a possible top four finish in the Premier League.

The Gunners. who were held to a 1-1 draw by their visitors, are three points behind Tottenham in fourth with one game to play but would need an eight-goal swing, as well as results going their way, to take the fourth place.

Pierre-Emerick Aubameyang put Arsenal in front with a ninth-minute penalty but another penalty by Glenn Murray in the 61st minute levelled both sides.

Emery’s men will now concentrate their efforts in their other chance of qualifying for next season’s Champions league by winning the Europa League.

“After their goal we created more chances to score but they defended very well, they are very strong defensively and they showed us that today.

“We knew it was going to be difficult but our focus is now the Europa League.

“We have the opportunity in the Europa League to do something important and we will try and do that.”

Emery won the Europa League three times in a row with Sevilla.

Arsenal won the semi-final first leg 3-1 against Valencia, and will play the reverse fixture in Spain next Thursday, with the hope of reaching the final, where they face either Chelsea or Frankfurt.