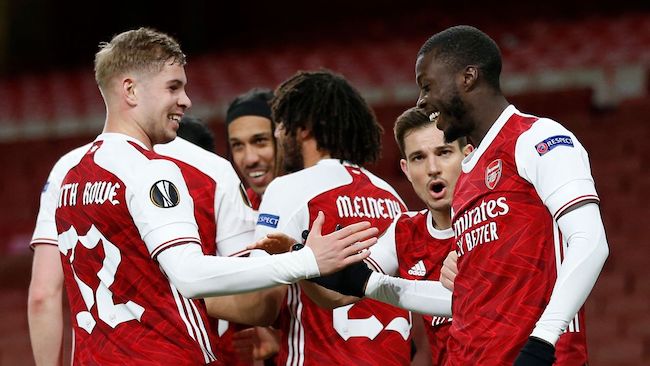 The Gunners had earlier drew the Czech side 1-1 in the reverse fixture played last week.

Three first half goals by Nicolas Pepe, Alexandre Lacazette, and Bukayo Saka were enough to put the Mikel Arteta side in a commanding position in the game played at Czech capital, Prague.

Lacazette scored his second of the night on the 77th minutes after Pepe found him unmarked near the penalty box.

The Gunners were defeated by Premier League rivals, Chelsea in the Europa League final in 2019.

Arsenal will face Spanish side, Villarreal, in the semi-finals on April 29.