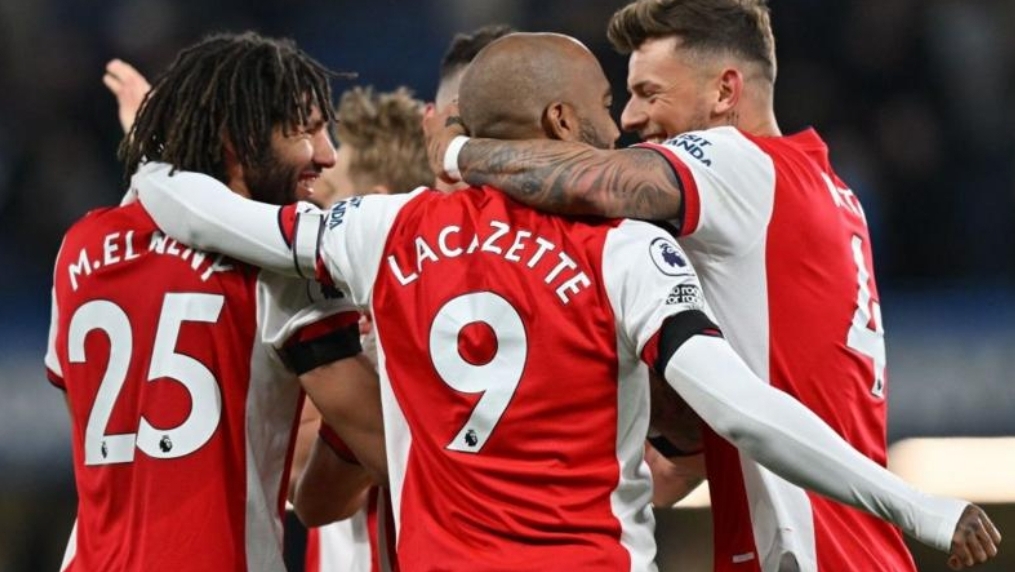 Arsenal ended their three-game losing run with a big victory over Chelsea in a Premier League game at Stamford Bridge on Wednesday night.

The Gunners won 4-2 against Thomas Tuchel’s side to put their pursuit of a place in the Premier League’s top four back on track.

Eddie Nketiah, who had not scored in the Premier League for a year, bagged a brace for his side while Smith Rowe and Bukayo Saka also scored.

Timo Werner and Cesar Azpilicueta scored for Chelsea, who stay third in the English topflight.

Mikel Arteta’s Arsenal are now level on points with north London rivals Tottenham with a derby at Emirates Stadium still to come.

At the Goodison Park, Super Eagles forward Alex Iwobi was in action for Everton as they came from behind to snatch a draw against Leicester City.

Super Eagles duo of Ademola Lookman and Kelechi Iheanacho were in action for Leicester, who got ahead in the fifth minute when Harvey Barnes turned in the opener.

The Toffees however fought back in added time as Richarlison scored to see both sides share the spoils.

In other Premier League encounters, Manchester City returned to the top of the league with a 3-0 win over Brighton while Newcastle United defeated Crystal Palace 1-0 to boost survival hopes.

Related Topics:arsenalChelseaPremier League
Up Next

OFFICIAL: Erik Ten Hag to take over as Man Utd manager at end of season