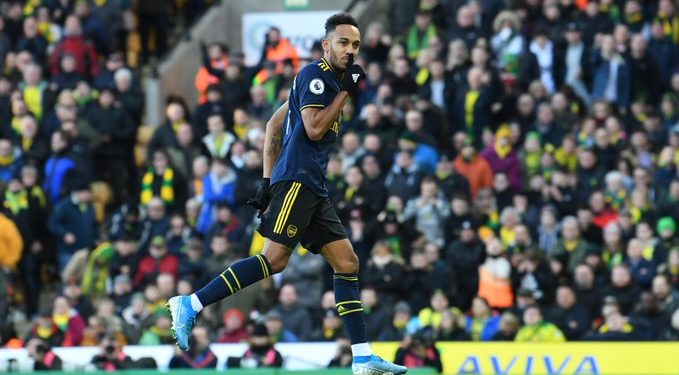 The Gunners continue in their winless run which resulted to the sack of manager Unai Emery on Friday as the team were led by former assistant Freddie Ljungberg.

Arsenal have now gone eight games without a win, and the 2-2 result at Norwich leaves them eighth in the Premier League, seven points off a place in the top four.

While Arsenal started brightly, a defensive failure resulted in the opener as Teemu Pukki ended his eight-game goal drought with a shot that deflected off Shkodran Mustafi.

Eight minutes after, Christoph Zimmermann was penalised for handball and Aubameyang levelled for the visitors with a retaken penalty, after four Norwich players had encroached when his original effort was saved by Tim Krul.

Todd Cantwell re-established Norwich’s lead at the stroke of halftime following another poor defending by the Gunners, before Aubameyang again drew the visitors level, turning in a loose ball from a corner to ensure Arsenal gained a share of the points.

Norwich sit 19th on the table.