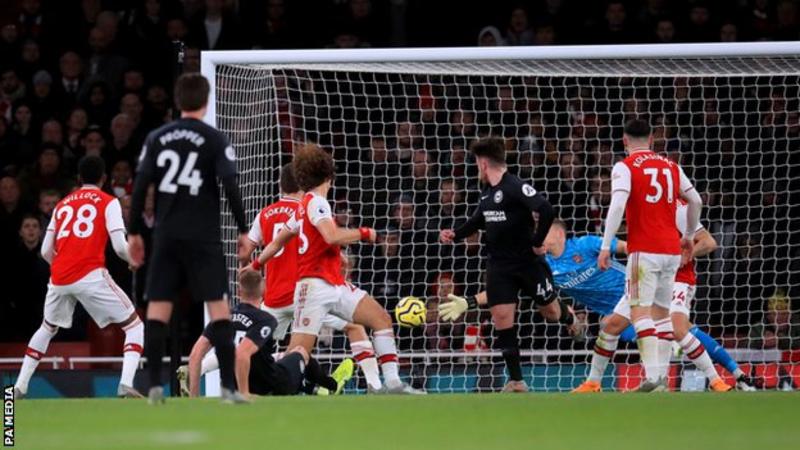 The sacking of manager Unai Emery has not made much difference for Arsenal as the Gunners’ winless run continued with a 2-1 home defeat to Brighton in the Premier League on Thursday night.

This is the second outing since the departure of Emery, under interim boss Freddie Ljungberg, and Arsenal have gone a total of nine games in all competitions without a win.

Thursday’s encounter was Ljungberg’s first home game in charge, and the defeat sank his side to 10th spot in the Premier League table.

Adam Webster had given Brighton a first-half lead before Alexandre Lacazette marked his 100th Arsenal appearance by heading his side level five minutes into the second half.

With the score 1-1, Gunners star David Luiz thought he had scored the winner with a volley but it was correctly ruled out following a VAR check for offside.

Brighton carried the day in the 80th minute when Neal Maupay headed Aaron Mooy’s cross to take his side to 13th on the table.