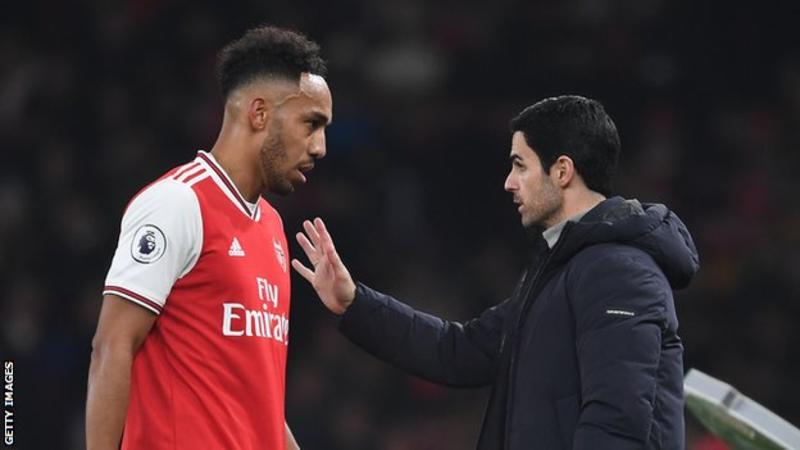 Arsenal manager, Mikel Arteta has again expressed his desire to continue to work with Garbon striker, Pierre-Emerick Aubameyang at the club.

3030-year-old Aubameyang, who joined Arsenal from Borussia Dortmund in January 2018, is a subject of interest from clubs in Europe, including Barcelona and Inter Milan.

He has scored 20 goals in all competitions for the Gunners this year, and his current contract would expire at the end of the 2020-21 season.

“For me it is very easy. I want to keep him under any circumstances,” said Arteta, who became manager of the team late last year.

Read Also: I have no regrets joining Wigan on loan — Balogun

Arsenal are currently 10th in the Premier League, a d have been knocked out of the Europa League in the round of 32.

37-year-old Arteta believes now is not the right time to talk to Aubameyang about a contract extension, but that it will be before the end of season, depending on how team fare.

“We will see the intentions that we have and his intentions,” said Arteta.

“Where we are sitting in the table at that moment. I think it is difficult to predict that context right now.”

Aubameyang was absent in their FA Cup fifth round win against Portsmouth on Monday, but is expected to start against West Ham in the Premier League at Emirates Stadium othis weekend.