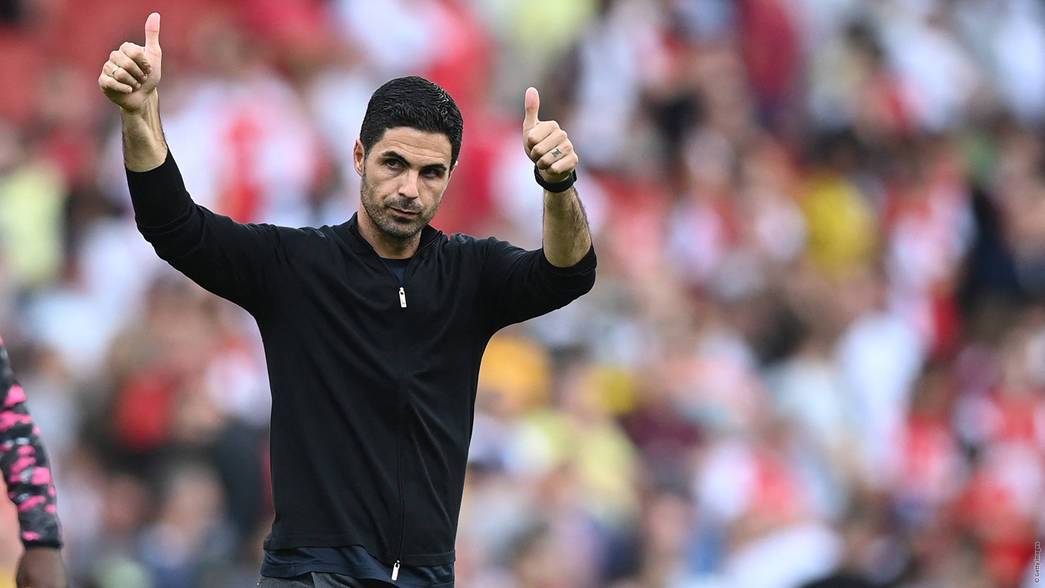 Arsenal manager, Mikel Arteta has acknowledged the love and commitment shown to him by his wife and kids and other members of his family during the club’s slow start to the season.

The Gunners went three games without a win, and without a goal in the Premier League, but bounced back with a 1-0 victory over Norwich last Saturday.

Arsenal opened their campaign with a 2-0 defeat to newcomers Brentford before losing 2-0 to Chelsea and 5-0 to Manchester City.

The Emirates club were in the relegation spot and it looked really dark for them before Pierre-Emerick Aubameyang’s sole winner against Norwich brought some hope.

Speaking after the game, Arteta, whose squad and staff were hit by coronavirus in the starting weeks of the campaign, admitted it was a difficult moment for him, but he had encouragement from several quarters.

“You are upset with yourself, you are angry, you are tired. You just want to hit yourself because you are not doing things right and you are not getting the outcome you think you deserve,” explained Arteta.

“You have to understand why you do it. So after the (5-0) against Manchester City probably I was at the lowest.

“And then you start to try to analyse things, you hear different opinions — media, what you think, criticism — and then probably you go even further.

“And then starts the importance of having the family I have, the wife and kids, the parents and the friends I have.

“In difficult moments they show their commitment in your relationship with them.

“After that it is every person that works in this club, from top to bottom, the energy they try to provide, the communication they have with me and the other people who make the big decisions, and how encouraging it is to see them with the hunger to change the situation.

“They don’t find any excuses. Don’t blame anyone. Just try to look for solutions.”

Arsenal will hope to continue in their new winning ways when they travel to Burnley next weekend for their Premier League matchday five fixture.

Related Topics:arsenalMikel Arteta
Up Next