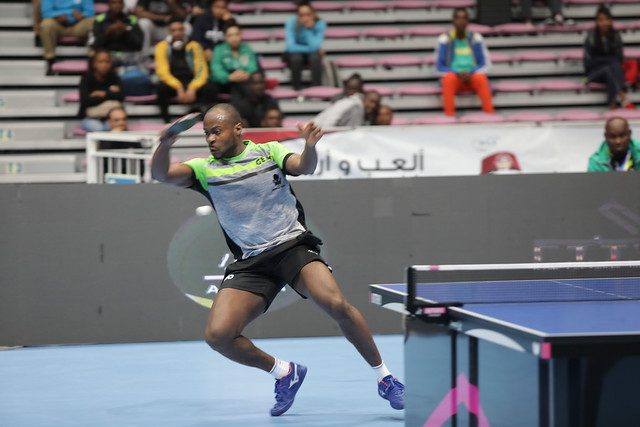 One of Africa’s representatives in the men’s singles of the 2020 ITTF World Cup, Aruna Quadri has been tipped to excel in the competition by his compatriots Segun Toriola and Olufunke Oshonaike.

Toriola and Oshonaike, who are among the most successful table tennis players on the continent, expressed optimism on the performance of Aruna against some of the best in the world.

Both players have featured in past ITTF World Cup events and, despite approaching their late 40s, they are still active for their respective clubs and country.

The upcoming 2020 Men and Women’s World Cups and ITTF Finals are to hold in China between November 13 and 17, with the events marking the return of international table tennis after seven months of inactivity across the globe due to the COVID-19 pandemic.

“I think that the Chinese are the favourites because during the lockdown they were still practising and also played some competitive events in China,’ said Toriola

“It is going to be difficult for Africans at the World Cup. It’s a big challenge for Egypt’s Ahmed Saleh, particularly with the pace of the present players. Also considering his style of play, he is an experienced athlete who defends a lot.

“But I think that Quadri Aruna can go far in the competition. On his day, he has the quality to match anyone in the world,” Toriola added.

Meanwhile, an excited Oshonaike sais she could not wait to compete internationally as she commended the ITTF for managing to stage international table tennis events amidst the global pandemic.

“I’m so very happy that finally we are starting again and that the ITTF can now hold events again. I am overjoyed about that.

“For me, the top contenders in the women’s events are coming from Asia,” Oshonaike said.

“Egypt’s Dina Meshref has really been pushing to be up there but it will be a tough challenge.

“In the men’s event, nothing is impossible. (Quadri) Aruna has been in the quarter-finals before in 2014, but that was a very different time.

“I just hope that Aruna goes out there to try his best by just being relaxed because if you are more relaxed in table tennis there can be a lot of surprises!”

Aruna qualified to play at the World Cup based on his ranking in the world, as he was a runners-up in the African qualifiers which was won by Ahmed Saleh in Tunisia.