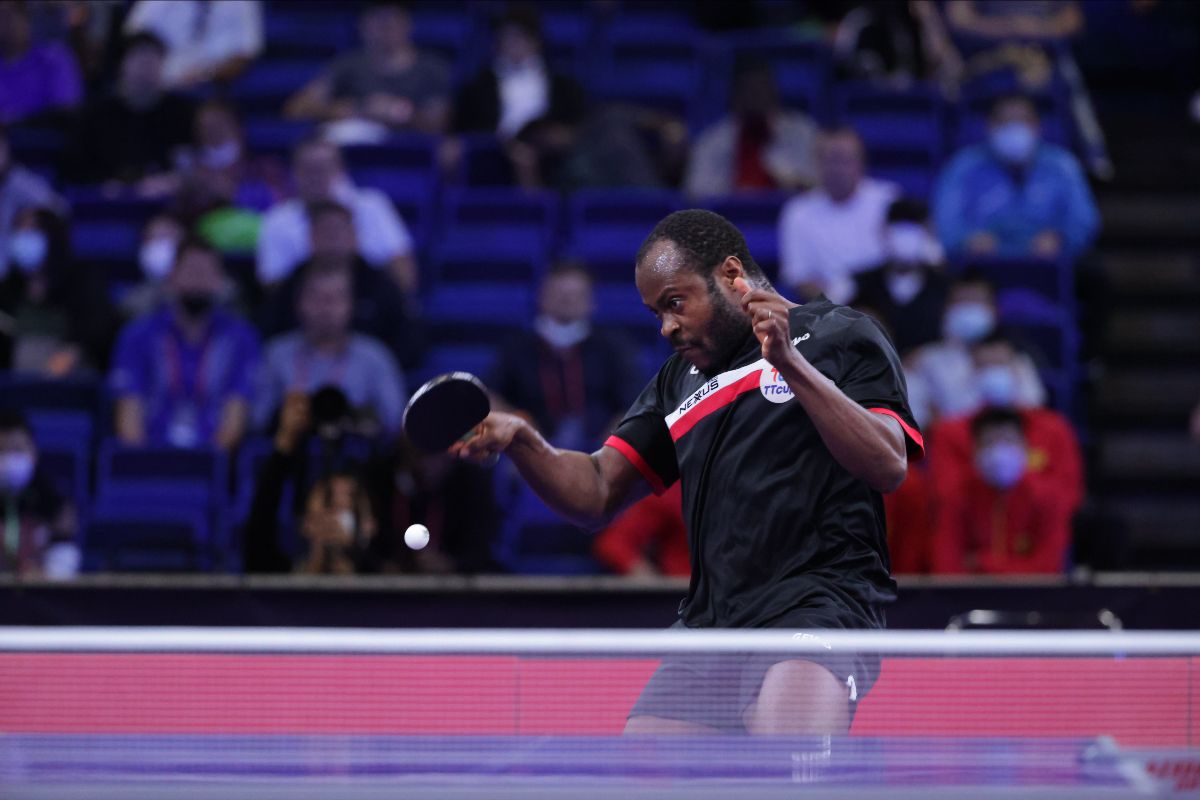 In less than four days after setting an African record as the first player to reach the quarter final stage at the ITTF World Table Tennis Championships, Quadri Aruna has set another African record following the release of the latest ITTF ranking on Tuesday November 30.

The Nigerian was ranked 17 in the world before the ITTF World Table Tennis Championships held in Houston, Texas, in the United States, and based on the feat in Houston, Aruna gained four steps up in the ranking to be rated 13th in the ITTF ranking being the first by an African.

An excited Aruna said after the ranking was released that it meant more work for him.

“I am so excited to improve my world ranking, and this means I must work hard to remain on top in the world,” he told federation media.

“This is another task I must face in my career, and I will not relent to do my best as I look forward to the WTTF Cup Finals taking place this weekend in Singapore.”

For the President of the Nigeria Table Tennis Federation (NTTF) Ishaku Tikon, the latest feat achieved by Aruna would surely motivate other upcoming players to work harder.

“Our focus remains the cadet and junior and we are going to ensure we organise tournaments and expose them to international competitions,” Tikon assures.

Meanwhile, 2021 World Championships runner-up Truls Moregard of Sweden was the biggest mover in the latest ITTF ranking, as the 19-year-old climbed from 77th spot to 31st in the ranking, while newly crowned world champion Fan Zhendong of China held on to the top spot in the ranking.