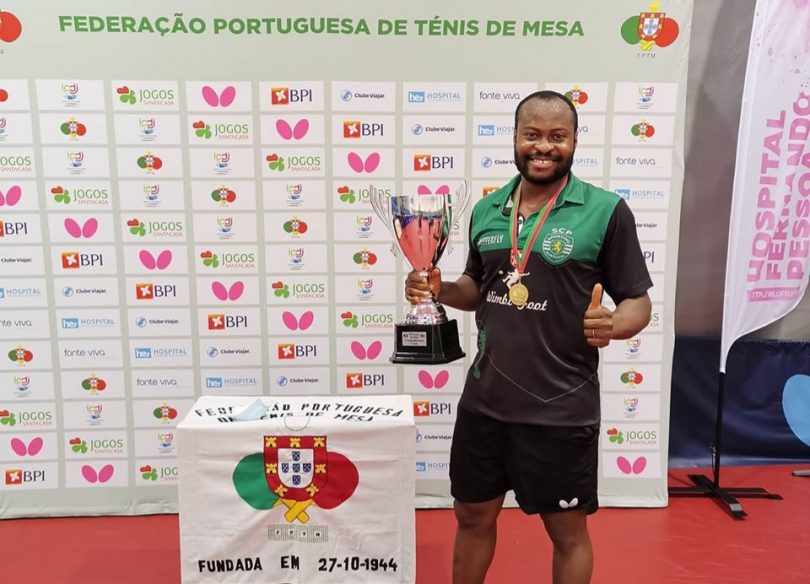 It was an emotional feeling for Quadri during the final of the Portuguese national league final as the Nigerian played his last match for the team.

The highest-ranked African player in the sport is set to resume at his new side in Germany in September, when the new season begins.

Quadri who joined Sporting in 2016 from GD Toledos was the cynosure of all eyes during the finals.

To win his fifth league title with Sporting, Quadri was full of appreciation to the team that he admitted has helped his career to glow.

Read Also: Quadri ready to ‘give 100%’ to new team in ‘tough’ German Bundesliga

Sporting CP won the fifth championship in a row and 37th national title after beating GD Toledos 3-0 in the 2nd leg of the final held at the High Performance Center of Vila Nova de Gaia, after repeating the same margin in the first leg last Saturday.

From the 18 league matches played this season, Sporting were unbeaten dropping only five sets in all their matches to attain 70 points which is 22 more than second placed GD Toledos.

“After ten years in Portugal, it is time to leave for a championship with another level. I was very happy here, Portugal for me is almost the same as Nigeria and I will continue to live in Portugal because I have a family here. I will train a few times at Sporting for the year,” Quadri said.

For the final match against his former club, he said: ”It was a very difficult game particularly against my former team and mate, Diogo Silva, who is a player with a lot of talent. We played together for four years and it is always difficult to play against him.

Also Quadri’s compatriot – Bode Abiodun admitted that it was a difficult match having returned to the game after several weeks of inactivity.