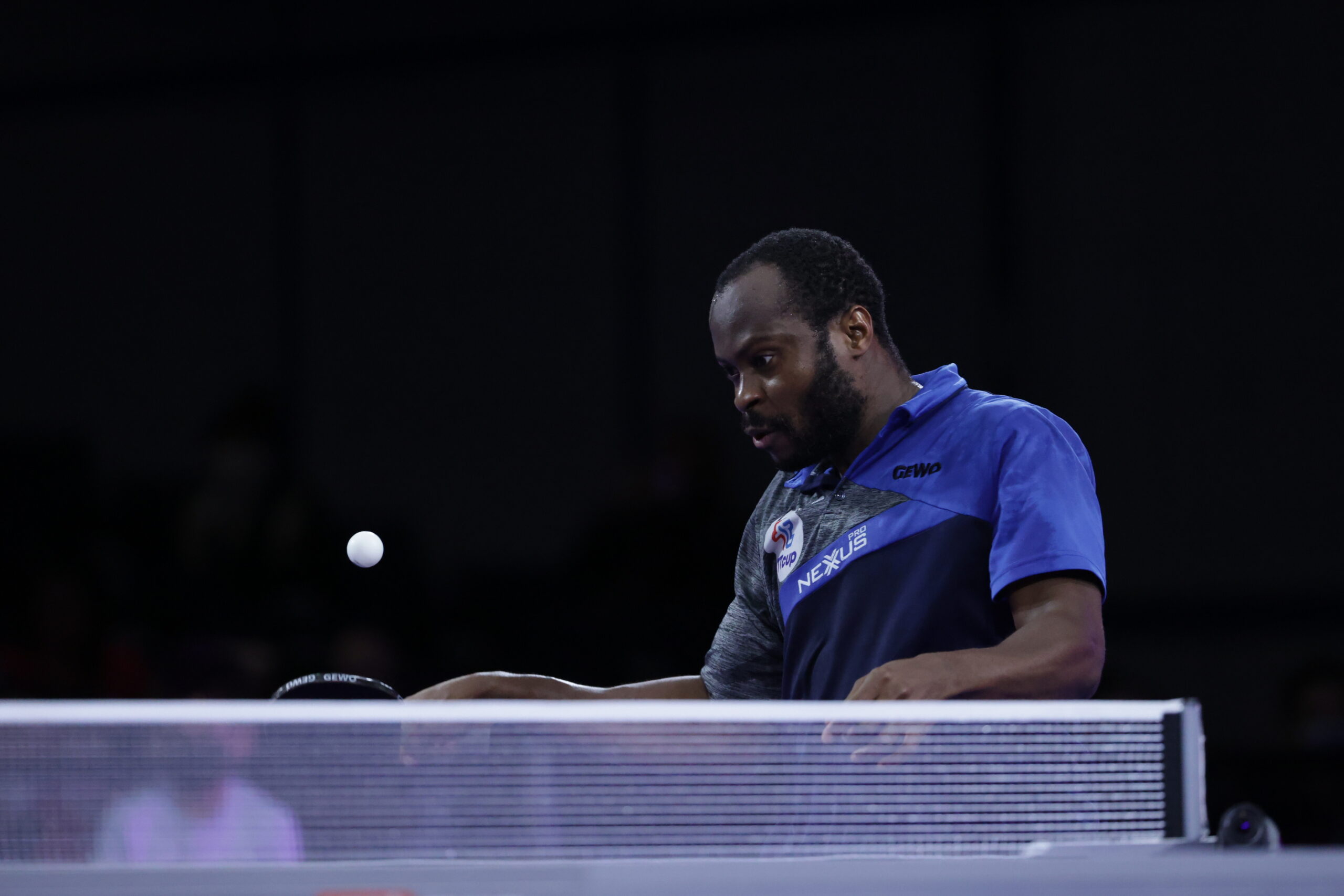 Quadri Aruna’s history making run at the 2021 ITTF World Table Tennis Championships in Houston has come to an end following a 4-2 loss to Sweden’s Truls Moregard in the quarter finals of the Men’s Singles.

“I think I did very well, I gave my heart and soul but the last match was not meant to be,” Aruna admitted.

“The first two sets were really important, we started like 50-50, the first set I was like 10-8 and I lost, the second set too I lost with almost the same margin. The two sets made the biggest difference but of course he played amazingly,” the Nigerian said.

Aruna was hoping to consolidate on his impressive run so far at the championships; however, he missed a chance to convert while leading 10-8, giving Moregard the opportunity to take the first stab to claim the first game at 13-11.

The young Swedish player’s strong start continued into the second game, blitzing through it to land 11-8 victory to take a 2-0 lead into the third game.

Aruna’s response in the third game was, however, a huge contrast to the previous games as he went on a 9-0 run, and pushed back the advances of Moregard, to win the game 11-2 and reduce the deficit to 2-1.

Just like Quadri in the last game, it was the Swedish turn to go on a 6-0 lead to stun Aruna 11-2 for a commanding 3-1 lead before the Nigerian could comfortably get on board in the game.

While Aruna deployed different tactics in getting ahead in the 5th game, Moregard who was a member of the bronze medal winning team at the 2018 World championships in Halmstad was efficiently using the different angles of the tables to his advantage. Sneaking in at least six backhand winners to the edge of the table but his trickery was not enough to stop Aruna from holding dearly to the game for 14-12.

Aruna continued to pour in variety of shots especially from his famous powerful forehand to stay toe-to-toe with the Swede at 5-5 in the 6th game so as to force a decider but it was Moregard who had to snatch the game at 11-7 to win the match, ending Aruna’s impeccable solo run at the championships.

While acknowledging his history-making feat in Houston which saw him become the first African player to reach the last 16 and quarter finals in the history of the championships, Aruna believes it would motivate more players from the continent to do better in subsequent editions.

“It will motivate them, you know when Toriola got to the round of 32 in the Olympic games, it motivated a lot of us, so I was in the quarter final in Rio, Omar Assar was motivated and excited, he did the same in Tokyo, Now what I did here, I am very sure Omotayo, Iba or Omar Assar can even do better,” said Aruna.