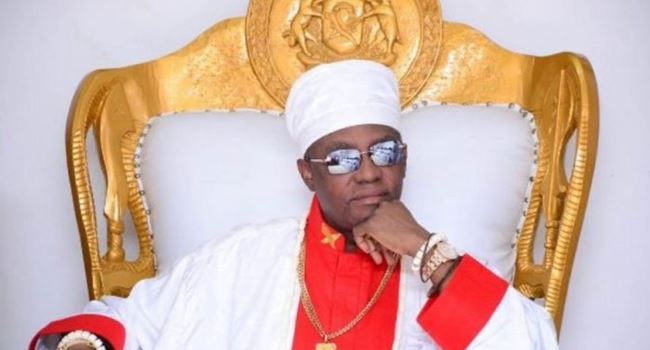 The Oba of Benin, Ewuare II, has called on well-meaning people of Edo State, especially traditional rulers, to fast and pray for peace to reign in the forthcoming governorship election in 2020.

Oba Ewuare II, who made the call on Saturday in Benin at the quarterly meeting of the Edo Council of Traditional Rulers and Chiefs, said that prayers and fasting should go along with offering of sacrifice to Almighty God and their ancestors.

According to the monarch, the call for prayers became necessary in view of the current political crisis in the state, a situation, which he stressed, had “become a serious concern to everyone.”

He said that he was sure that the state would be peaceful in spite of the current face-off among the political gladiators, while also reiterating the need for traditional rulers to continually maintain absolute neutrality as fathers to all.

“And as royal fathers we must act within the ambit of the law,” he said.

The comments of Oba Ewuare comes after Edo State Governor, Godwin Obaseki, on Friday, continued his verbal onslaught against the National Chairman of the All Progressives Congress (APC), Comrade Adams Oshiomhole, claiming that he wanted to use the state House of Assembly to remove him from office.

According to him, Oshiomhole cancelled the primaries conducted by the party ahead of the 2019 general elections and did his own to carry out his alleged plans to remove him from office.