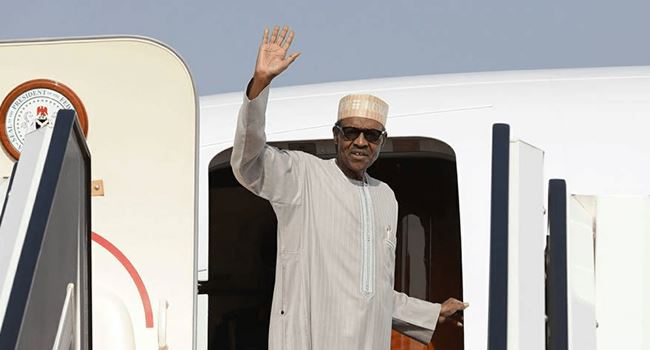 It was another fascinating week keeping an eye on Aso Rock, and to see President Muhammadu Buhari return from Russia-African summit with a basket of goodies, according to his handlers and admirers.

The World Bank latest ranking on the ease of doing business, which showed Nigeria moving up by 15 spots to 131st position out of 190 countries across the globe, form part of events of note in Aso Rock.

However, what caught major attention was the ‘private visit’ announcement made by the Presidency and the public concerns it raised.

President Buhari’s Special Adviser on Media and Publicity, Femi Adesina, who made the announcement, had told Nigerians that President Buhari would travel to Saudi Arabia on Monday and then leave the country for the United Kingdom on November 2, for a private visit.

He said: “President Buhari on the sideline of the event (on Economic Forum of the Future Investment Initiative in Riyadh, Saudi Arabia) would hold bilateral talks with His Majesty King Salman and His Majesty King Abdullah ll of Jordan.

“On Wednesday, 30th October 2019, the President will participate in the High-Level Event titled: ‘What is Next for Africa: How will Investment and Trade Transform the Continent into the Next Great Economic Success Story?’ with Presidents of Kenya, Congo-Brazzaville and Burkina Faso.

“At the end of the summit, President Buhari will on Saturday 2nd November 2019, proceed to the United Kingdom on a private visit. He is expected to return to Nigeria on 17th November 2019.”

The detour to London, immediately after the Saudi summit struck a chord. While many were not bothered about his trip to Saudi Arabia, ignoring the fact that he had just returned from Russia, not a few expressed concerns over the news that Buhari would be paying a private visit to the UK.

Read also: ASO ROCK WATCH: The cabal rumours that won’t go away. 2 other things that caught our attention

The proposed trip, critics note, would bring to a total, 242 days that the President would have spent in London since his ascension to power.

But how private could this visit be? Buhari is no private citizen but the president of the world’s most populous black nation. Concerns had been raised because previous visits to the United Kingdom, though shrouded in secrecy, turned out to be appointments with his doctors.

Buhari had left Nigeria in May 2017, for the UK where he was treated for an undisclosed illness, leaving Vice President Yemi Osinbajo to function in an acting capacity until he returned to the country on August 21. He had spent over three months in London attending to his health.

Before that trip, he had earlier in January of the same year visited London for similar purpose. The concerns this time are, perhaps, only natural.

Already, there are speculations that the private visit would provide Buhari an opportunity to see his doctors who have managed his health challenges in time past.

The hopes of many are that whatever the reasons for the private visit may be, they should not be such that would keep him out of his duty post beyond the proposed date of his return home to continue to find solutions to the troubled issues of poverty, insecurity, and infrastructural decay confronting Nigeria.

Playing cat and mouse with data

Both President Buhari and several other Nigerians celebrated the World Bank ranking on ease of doing business, which showed the country moving up by 15 spots to 131st position out of 190 countries across the globe.

Excited with the news, Buhari had jubilantly said that the ranking “confirms that our strategy is working and we will continue to push even harder to deliver more impactful reforms.”

Ironically, the ranking and Buhari’s response came same month Mr. President told Nigerians to disregard data presented by the World Bank and the International Monetary Fund (IMF) on Nigeria because they are wild estimates that hardly reflect facts on the ground.

Osinbajo’s no pain, no gain advice

Vice President Yemi Osinbajo, last week, attempted to assuage the feelings of Nigerians over the land border closure and its effects on the citizens.

At a town hall meeting in Edo State, while responding to a question bordering on whether government was not concerned that the border closure was causing more hardship in the country, the VP had responded by advising Nigerians to try and endure the hardship because it was for their good.

He had gone on to explain, “Part of the reasons for shutting the border is the smuggling that has been going on. If we continue to allow the Chinese and others to continue to bring in all those things, we will kill farming completely and most of our people will not be employed.

“There may be some pain in other to gain. The countries of the world that are prosperous didn’t allow anybody to bring in anything to their country.”

However, critics wonder how long long more Nigerians would endure the pains of the border closure. They argue that most of the countries that had towed that part made sure measures were put in place to checkmate its effects.

2023: In push for President of Igbo stock, Ohanaeze moves to convert northern critics