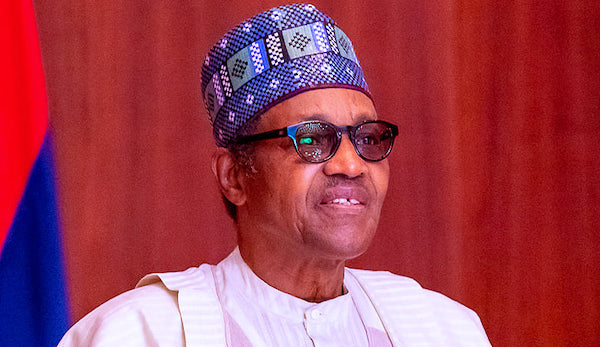 It would seem that the one who steers the ship of governance from Aso Rock, President Muhammadu Buhari, has run short of ideas as he got a bloody nose in Kankara, Katsina State, Friday.

The Aso Rock Villa was, by every measure, in the throes of heightened tension last week.

On December 11, President Buhari, as was expected, strongly condemned the attack by supposed bandits at Government Science Secondary School in Kankara, Katsina State.

Reports say the bandits, on motorcycles with assault rifles, engaged security forces in a gun battle, forcing hundreds of students to flee and hide in the school’s surrounding forest. The horrible incident which occurred around 9.40pm, last week Friday, has seen authorities dishing out conflicting figures of students who had been abducted or missing from the school which is said to have a population of 839 students.

“I strongly condemn the cowardly bandits’ attack on innocent children at the Science School, Kankara. Our prayers are with the families of the students, the school authorities and the injured,” Buhari said in a statement by his Senior Special Adviser on Media and Publicity, Garba Shehu.

The fact that the Kankara attack happened while Buhari is on a week-long private visit in Katsina State, right under his nose, tells how horrible the security situation has become.

It is even more pathetic that the incident occurred while the country is yet to recover from the November 28 massacre of 43 rice farmers by Boko Haram insurgents in Borno State. Worse still, it also opens the wounds of the April 2014 abduction of over 200 girls from Chibok Secondary School in the same State.

While a customary response was expected from Aso Rock in condemnation of the attack, it must be said that most Nigerians have grown weary with such paper gestures.

The daring attack clearly indicates the failure of intelligence and the near total collapse of the country’s security architecture. And, on a larger scale, it further queries why President Buhari is holding on tightly to a team of service chiefs who have wholesomely failed to meet the expectations of Nigerians.

Whether the horrible Friday night attack in Kankara would serve as a turning point to Buhari’s strategy of arresting the security challenges in Nigeria is still a thing of conjecture.

However, what cannot be disputed is that the Kankara incident is not just a slap on Buhari’s face, but a troubling sign that the country is inching closer to the status of a failed state.

President Buhari, on December 7, issued a warning that any act of hooliganism hiding behind lawful and peaceful protests will be dealt with decisively to ensure peace and stability in the country.

Declaring open the Chief of Army Staff’s Annual Conference, 2020, from the Aso Rock Villa, Buhari had said: “I want to reiterate our government’s commitment to the rights of citizens to embark on peaceful protests.”

He added: “However, this must be done responsibly and in accordance with the laws of the land. I also wish to state that any act of hooliganism hiding behind lawful and peaceful protests will be dealt with decisively to ensure the peace and stability of our nation.”

It is cheery that Buhari recognizes the right of the citizenry to lawful gathering and protest. But will he match words with action?

The return of #EndSARS protesters to the streets again, last week, should, perhaps, serve as a pointer that people are yet dissatisfied with government’s apparent show of insincerity as it continues to blackmail frontline #EndSARS protesters, even as the integrity of the judicial panels of inquiry are being called to question.

Above all, it must be said that the pent up anger which has become manifest in widespread agitations is a reflection of how disappointed the populace have become with the Buhari-led administration.

Addressing the root causes of the disenchantments, while considered a solution, must also be supported by the application of globally accepted rules of engagement in the management of civil protests.

The President and his team must also come to terms with the fact that the agitations against police brutality, and a return to civility, is a long-drawn campaign that may not end soon.

On December 10, President Buhari, restated his administration’s resolve to lift Nigerians out of poverty.

In a Tweet, via his Twitter handle, @MBuhari, he stated: “We remain committed to the plan to lift 100m Nigerians out of poverty. To this end I have approved an increase in scope of our Social Investment Programme: Doubling of @npower_ng beneficiaries to 1 million; 1 million new @geep_ng beneficiaries & 5 million new pupils for @NHGSFP.”

For a country that has maintained a despicable position as the world’s poverty capital, since June 2018, it is acknowledged that Buhari’s initiative could serves as a stop-gap measure.

Beyond this, however, critics have argued that the remedial strategies are not sustainable. The inherent weakness lies in the fact that beneficiaries of the Social Investment Programmes are not engaged on a permanent basis while the capacity building elements are also not properly aligned with quality entrepreneurship training.

Only recently, the World Bank projected that more Nigerians would join the poor league due to the COVID-19 pandemic. It, therefore, behoves the President and his economic team to continue to seek more sustainable strategies that will help lift Nigerians from poverty conundrum.