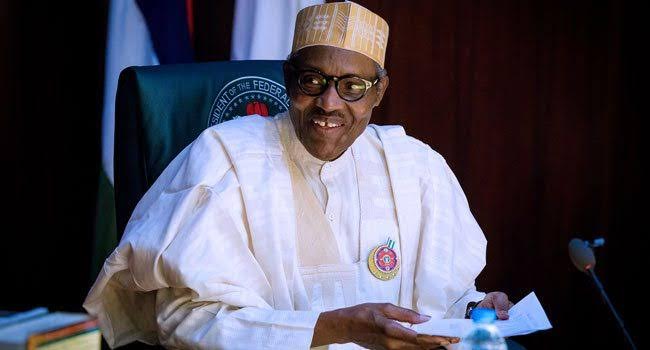 On October 21, President Buhari stated that it would be disastrous to allow a situation that would lead to the reversal of the progress the country has made under his administration in the last seven years.

Assuring his readiness to be at the forefront of the presidential campaign of the APC at the polls next year, he said:

“I, therefore, want to assure all party members and supporters of our government that I will be at the forefront of this campaign.”

Buhari spoke at the inauguration of the APC Presidential Campaign Council (PCC), and unveiling of Bola Ahmed Tinubu’s action plan in Abuja.

His assurances had long been anticipated, and surely accentuates his intention to see the APC retain power beyond his 8-year rule.

It would be interesting, therefore, to see how what is left of the president’s political capital persuades Nigerians to vote for the APC. No doubt, his promise to stick to issue-based campaign – as he had preached – would be tested at the campaign grounds.

All said, will the campaign period present an excellent opportunity for Buhari to pay back the massive support Tinubu gave him in his ride to power, and 12-year struggle for the presidency?

The answer may be blowing in the wind, but the expectation of Nigerians are that the President will not flout any electoral rule/guideline in order to give his party an undue advantage in the elections billed for next year.

2.Buhari on corruption, nepotism, other ills

President Buhari, on October 21, decried nepotism, political patronage, corruption, and other vices as ills that distract civil servants from delivering on their mandates.

The President stated this at the maiden edition of the Nigerian Excellence Award in Public Service held at the Aso Rock Villa, Abuja.

He said: “The present issues of corruption continue to affect the civil service in many countries around the world. Several reasons for these issues still exist because of the rooted problems like nepotism, political patronage as well as lack of transparency and accountability. These vices distract them from delivering their mandates and aspirations.”

The different vices Buhari mentioned are well-known, and appear engraved into the civil service system. It is rather disappointing that his administration failed to offer a radical departure from the norm.

More worrisome is his lukewarm approach to dealing with established corruption cases in the system. Though he would vacate the Presidency about next seven months, it is left to imagination how much he can do to strengthen the institutions whose responsibility it is to hold the nation’s value and culture fabrics together.

President Buhari, on October 18, directed the Ministry of Transportation and security agencies to provide maximum security along railway corridors in the country.

He issued the directive at the closing ceremony of the 2022 Ministerial Performance Review Retreat in Abuja.

“We must ensure the safety of our rail users and strive to achieve the intended economic goals,” he said.

There is no saying the fact that implementation of Buhari’s directive holds the prospect of rebuilding confidence of train passengers, especially those who ply the Kaduna-Abuja train way, which was attacked by terrorists on March 28.

This time, mouthing mere directives will not be sufficient as the President moves to execute his last days in office. Needless to add that Nigerians would not be impressed by temporary palliatives which continue to ensure that the country’s railway system only works in fits and starts.