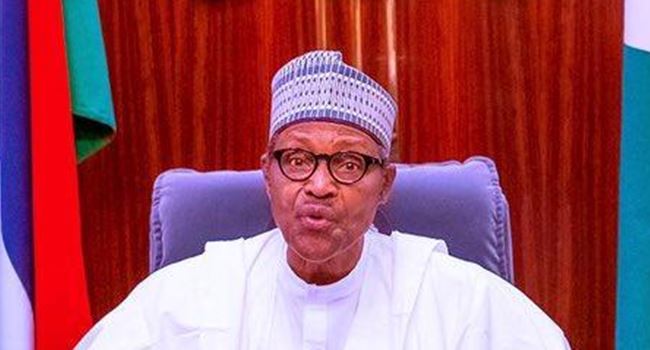 On October 23, President Muhammadu Buhari asserted that the protests by youths against the excesses of the disbanded Special Anti-Robbery Squad (SARS) of the Nigeria Police Force (NPF) was hijacked and misdirected.

Speaking at a virtual meeting with all former Heads of State in Abuja, he said, among others: “Unfortunately, the protesters refused to call off the protest and engage the government to address their grievances. Instead, they became emboldened and gradually turned violent.”

Though routine, Buhari’s meeting with ex-Heads of State couldn’t have come at a better time. The chaos precipitated by the #End SARS warranted a dialogue of any kind to douse the tension spiraling out of control. The consultations were, therefore, in order.

How well Buhari was able to justify his response to the national crisis remains a subject of discourse. The initial reaction, as has been reported, is that the former leaders lent support to the incumbent in the steps he had taken to remedy the situation. This is not totally unexpected, and finds justification in the principle of esprit de corps.

However, it remains to be seen if the reaction of this club of former Heads of State tallies with the thinking of the majority of Nigerian youths who argue that the Buhari administration cannot be trusted, given past antecedents.

Insinuations remain rife that security agents infiltrated the peaceful protests with hoodlums who then gave the event a violent colouration. Some videos that have since gone viral on social media show SUVs picking up thugs, some with weapons, moving out to attack the protesters. None of these has gone off the internet!

It would also be extremely difficult to absolve the Nigerian military, which has Buhari as its Commander-in-Chief, of being complicit of the October 20 #LekkiMassacre of unarmed protesters by men in Nigeria Army uniform.

While Mr President and his club of former Heads of State pat themselves for a job well done, they may do well to continuously feel the pulse of the populace or risk living in a fools paradise.

In a national address to the nation, on October 22, President Muhammadu Buhari said that some people misunderstood the promptness with which he acted to agree to the 5-point demand of #EndSARS protesters as a sign of weakness.

“Sadly, the promptness with which we have acted seemed to have been misconstrued as a sign of weakness and twisted by some for their selfish unpatriotic interests,” the President averred.

To say that Buhari was literarily dragged to address the nation following the October 20 killings at the Lekki Toll Gate, and the resultant spate of violence in several States of the nation, is not an exaggeration. This unexpected disposition portrayed Mr. President as slow and insensitive to the plight of the people he governs.

Perhaps, Mr. President needs to come to terms with the fact that a quick response to wishes of the people cannot be termed as weakness. Rather, such an act is capable of earning him enormous goodwill, enough to win him over as a responsive leader.

The damage that has been done, President Buhari must realize, stands to diminish the political capital accruing to the ruling All Progressives Congress (APC) over the years.

On October 23, Femi Adesina, the Special Adviser on Media and Publicity to President Muhammadu Buhari, attempted a defense of his principal regarding why he failed to mention the Lagos shooting of unarmed #EndSARS protesters in his address to the nation.

Speaking on Channels Television’s programme: Politics Today, he said it would have been “premature and presumptuous” if the President had mentioned it.

Adesina had asserted: “The Defence Headquarters issued a statement to say that it was investigating the matter. Lagos State Governor has also set up a probe panel to investigate what really happened.

“So, the President couldn’t have said anything because it would be premature and presumptuous while investigation is ongoing. It is after investigation has been concluded that he can speak on the matter.”

Adesina is merely bearing a cross he signed to carry. Even as this obtains, cognisance must be paid to what is universally expected and unquestionably right. The silence of the President has generally been regarded as a missed opportunity.

At a time the country was in demand of national healing, a show of empathy might just have assuaged the anger and bitterness that had enveloped the land. For many critics, the missed opportunity might have been the trigger for the wanton looting and burning of private and public properties.

As the nation struggles to rise from the ruins of the protests, the lesson to take away is that there is no better approach to managing a crisis than to anticipate and prepare proactively for it.

More importantly, it bears repetition to say that truth cannot be covered.

Like a house of cards, the food palliatives fall