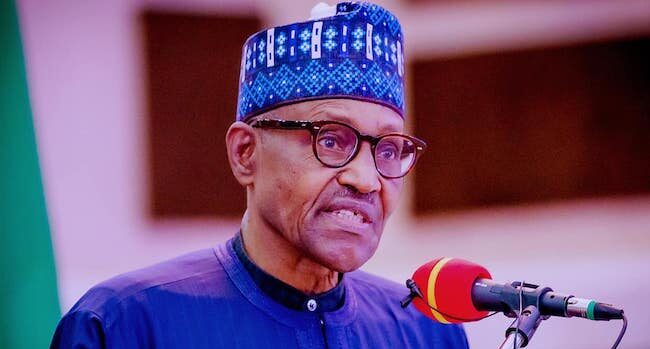 We selected two other stories that kept the seat of power, Aso Rock Villa, abuzz within the week in review.

On August 11, President Buhari called for the conduct of a national census in order to have a new demographic and socio-economic data that would be used for planning, and development in the country.

According to a statement issued by Buhari’s Special Adviser on Media and Publicity, Femi Adesina, he made the call at a national stakeholders’ summit on the 2023 Population and Housing Census held at the Aso Rock Villa. Abuja.

“The country’s inability to conduct a population census in the last 16 years has created an information vacuum as the data from the last census conducted in 2006 has been rendered out of date for planning progress,” he said.

As ideal as the calls for a population count are, Buhari’s move is one that cannot be heeded without interrogation.

The first poser queries the justification in executing such an initiative at a time the President is billed to exit power in a few months.

The proposed budget by the Alhaji Nasir Isa Kwarra-led National Population Commission (NPC) is another source of concern. The question, indeed, borders on what else the country could do with the humongous sum of N190bn at a time students of federal universities had been forced to stay at home for over six months.

All said, if the move was not tainted by petty politics, why is there a scramble to have this major national project executed almost without considerations for finesse.

President Buhari, on August 12, appealed to the Academic Staff Union of Universities (ASUU), to end its ongoing strike. It wouldn’t be the first or second time he would be doing so.

This time, Buhari made the call at the maiden Special Convocation Ceremony and conferment of Honourary Degree of Doctor of Letters on Alhaji Muhammadu Indimi by the University of Maiduguri.

Represented at the event by his Chief of Staff, Prof. Ibrahim Gambari, he said: “…I want to urge ASUU to call off the strike and return to the classroom.”

Buhari’s continuous call for ASUU to end its 6-month old strike without cementing it with a productive action has become a huge disappointment to many Nigerians.

Perhaps, the President needs to be harshly reminded that the lingering strike portends several minuses for Nigeria’s educational system. The school calendar is not only being disrupted but many students are seeing their future aspirations truncated while others are getting lured into criminal activities.

Besides, it is disturbing that the President is scarcely troubled about how much damage his mismanagement of the crisis in the education sector is doing to the political capital of his party, All Progressives Congress (APC).

On August 9, President Buhari said Nigeria would remain a strong indivisible country despite its current challenges.

Buhari stated this when former State Chairmen of the defunct Congress for Progressive Change (CPC) visited him at the Aso Rock Villa, Abuja.

The President said: “We are Nigerians, God willing we remain Nigerians, and Nigeria shall remain one.”

No doubt, the country desires peace, stability and unity. But the question that has been asked quite often is, unity at what price?

What makes Buhari’s declaration somewhat shaky is his perceived mismanagement of the country’s unity.

For instance, many have criticized the lopsided appointments made by him into the country’s federal establishments, and reckless comments which have come to pit him against some sections of the country, particularly the South-East.

These two examples have been a major inspiration for the several clamours for inclusiveness in his government, and basis for the continued agitation for the independent state of Biafra by the secessionist group, the Indigenous People of Biafra (IPOB).

While harping on unity should be encouraged, the President must engage more in acts that would unify the already divided Nigeria.