On July 10, President Muhammadu Buhari took further action to pull the country’s economy from the brinks. He made the move at the Council Chamber of the Presidential Villa, in Abuja, when he signed into law the revised N10.8 trillion 2020 budget passed by the National Assembly in June.

Highlighting Nigeria’s precarious state, he noted that there had been a sharp fall in crude oil prices from a high of $72.20 per barrel in January to below $20 per barrel in April.

He added that the commodity’s price had since hovered around $40 per barrel and that the country’s production output had been slashed, in line with agreements reached by members of the Organisation of Petroleum Exporting Countries (OPEC), to strengthen the oil market in the face of the COVID-19 pandemic.

Buhari said: “The 2020 Amended Budget, which I have just signed into law today, underscores our administration’s firm commitment to effectively contain the spread of COVID-19 and protect the lives and livelihood of our people. With these budget amendments, as well as our recently launched N2.3 trillion Stimulus Programme, we are well-positioned to safeguard the economy.”

“Considering recent budget implementation challenges, I have directed that efforts be made to ensure effective implementation of the Appropriation (Repeal and Amendment) Act, 2020 in order to realise its laudable objectives,” the President concluded.

Buhari had earlier, on June 24, approved a stimulus plan of N2.3 trillion for the implementation of the recommendations of the Vice President Yemi Osinbajo’s committee on Economic Sustainability Plan.

The President had instituted the committee to identify viable means of keeping Nigeria’s economy away from the clutches of the COVID-19 pandemic.

It bears restating the obvious that it is imperative to deploy all workable strategies to pull the country from the brinks.

Endorsing a refurbished budget is, therefore, a primary responsibility for which the President gets no special commendation.

The accolades can only come if the President, working with his team, show commitment to executing the amended 2020 budget with vigour, transparency and patriotism.

Magu gets the boot 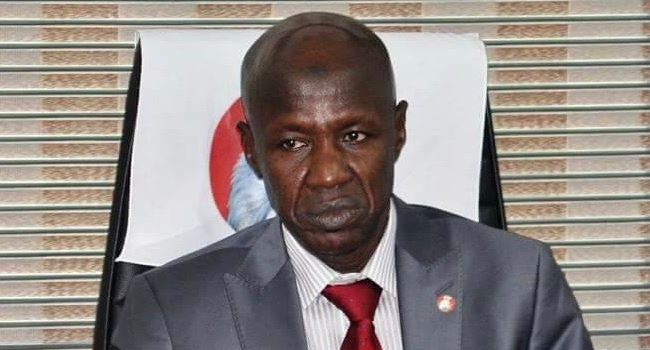 The media space, on July 7, went agog with news of President Muhammadu Buhari’s formal suspension from office of the embattled Chairman of the Economic and Financial Crimes Commission (EFCC), Ibrahim Magu.

Magu has since been undergoing interrogation before the Ayo Malami Probe Panel said to have received the blessings of Buhari. The former anti-corruption czar is being grilled for allegations of fraud and abuse office.

A statement by Buhari’s Senior Special Assistant on Media and Publicity, Garba Shehu, on July 11, found justification for the action:

“Under this President and Government, this is our mantra and guiding principle. There are no sacred cows, and for those who think they have a halo over their heads, their days are also numbered,” he said.

Magu’s travails look every inch a war by contending forces to settle old scores. His ambush and arrest are the clearest indications yet that certain forces desperately want him out office.

Beyond that, it also puts to rest any doubts of in-fighting between and among key members of President Muhammadu Buhari’s team.

Many critics also think that the incident suggests that his traducers may not be interested in the niceties of the rule of law.

But some tougher questions persist still. Was President too blind to see the earlier reasons advanced by the 8th Senate for refusing to confirm Magu’s appointment. And, would Buhari ultimately handover Magu to the jailer?

Perhaps, the unfolding developments present President Buhari the brightest chance to radically review and restructure the activities of the anti-graft agency. 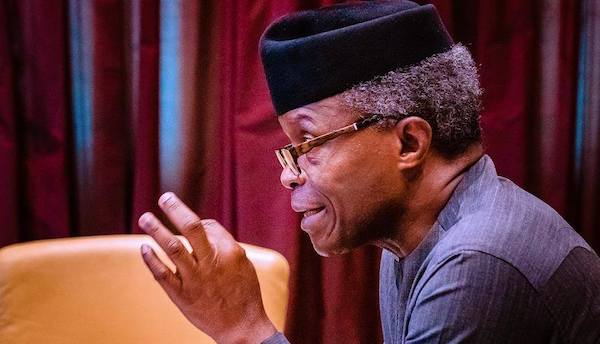 On July 8, the social media was awash with a report from one American based blogger, Jackson Ude, who accused the Vice President of receiving N4bn from Magu.

According to Ude’s report, Magu allegedly embezzled N39bn, and gave Osinbajo N4bn after he instructed him to release part of the recovered loot.

The Vice President has since responded through his Senior Special Adviser on Media and Publicity, Laolu Akande. In a statement, he declared Ude’s allegation as totally false and baseless.

Read also: ASO ROCK WATCH: When Buhari gets condemned to a reality check. 2 other talking points

“With all emphasis at our disposal, let it be firmly stated that these are totally false and baseless fabrications purporting to reflect goings-on at the probe panel investigating Mr. Ibrahim Magu. There are indeed completely absurd in every respect,” the statement reads in part.

Osinbajo is not fighting shy and has instructed his lawyer, Bayo Osipitan, to approach the office of the Inspector-General of Police, Mohammed Adamu, in a bid to enforce his rights.

In the petition dated July 8, 2020, and titled, ‘Criminal Defamation of the Vice-President of the Federal Republic of Nigeria, Prof. Yemi Osinbajo (SAN), GCON by Jackson Ude’, it noted in part: “These vicious and malicious publications are meant to achieve one objective only, to present to his readership and others (Nigerians and foreigners) that our client is a dishonest and disloyal public officer and consequently unfit for the position of Vice-President of the Federal Republic of Nigeria he is occupying.”

Osinbajo’s recourse to legal means for the enforcement of his fundamental human rights should serve as a decent template for other public officials who might be tempted to abuse the powers of their office.

It is pertinent to caution that there is no better alternative to the observance of rule of law in a democratic setting. To do otherwise is to return to authoritarianism.