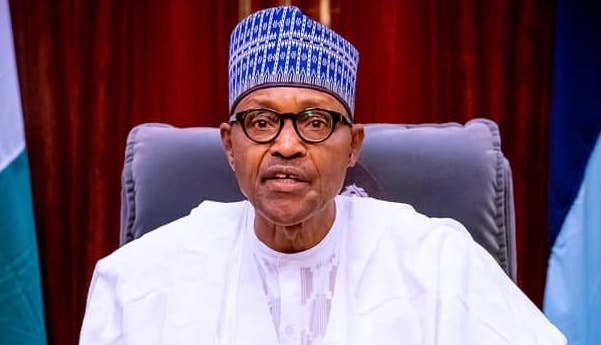 Last week, President Muhammadu Buhari chose to dance publicly on the issue of restructuring the Nigerian polity. Many have since argued that his recent dance steps align with his uncompromising position not to allow any structured conversations outside the National Assembly.

This is amidst the heated demand by individuals and groups for him to return the country to true federalism which is at the core of restructuring.

In view of Buhari’s previous assurances on the national issue, what he told Nigerians in Zaria, Kaduna State, seem to amount to a betrayal to many, and a shock to some.

The seat of power, Aso Rock Villa, remained on the spotlight of national events with this story, and two others, past week.

On June 19, President Buhari made it clear that he was not going to lead a restructuring the country.

He made this disclosure during the launch of Kudirat Abiola Sabon Gari, Zaria Peace Foundation which took place at Ahmadu Bello University Hotels, Zaria.

Represented by the Executive Secretary of the Income mobilization, Allocation and Taxation Commission, Alhaji Mohammed Bello Shehu, the President said:

“So those who are calling for either separation or restructuring, some of them, I will say they are very naive and even mischievously dangerous.”

Many Nigerians never envisaged that Buhari would dump the calls for restructuring, especially as he and his party, the All Progressives Congress (APC), had always voiced their commitment to restructuring. These were evident in 2015 and 2019.

As a mark of seriousness and validity , the APC manifesto promised, among others, “to initiate action to amend the Nigerian Constitution with a view to devolving powers, duties and responsibilities to state in order to entrench the federalism and the federal spirit.”

Also, Section 7 (2) of the party’s Constitution had provided for restructuring fiscal federalism and the rest.

Hence, hopes were raised when, in August 2017, the APC National Working Committee under the leadership of Chief John Odigie-Oyegun set up a 27-member committee led by the governor of Kaduna State, Nasir El-Rufai on true federalism.

They were saddled with the responsibility of meeting stakeholders across the country and studying past constitutional conferences, especially the 2014 National Conference report.

On January 25, 2018, the committee submitted their recommendations for restructuring the country. Three years down the line, the recommendations are rotting away in APC’s cupboard without any hope of implementation.

In December 2019, Garba Shehu, Buhari’s media aide had rekindled hope when he said, while addressing the media, “We in the APC are committed to restructuring. Read the manifesto of the APC.

It is stated there and so we are not running away from it. President Buhari is ready to restructure the country.”

Weighing in on these promises, it is not out of place to accuse the President of a betrayal of trust. More hurtful of his conduct is the fact that he views those calling for restructuring with the same eye as secessionists.

Besides, the integrity gap, perhaps, explains why Mr President can also not be trusted on the matter of ongoing constitutional review touted to correct perceived anomalies in the subsisting constitution.

It is hoped that the country would shoulder the rising tensions arising from mutual distrust between and among its federating units.

“The attacks launched by cowardly terrorists…were a pointer to us that the work of defeating insurgency and terrorism and of restoring permanent peace to this region is not yet over.

“We will not rest until all the millions of Internally Displaced Persons are able to return and resettle in their homes and rebuild their shattered lives,” he said.

Read also: ASO ROCK WATCH: Buhari, it could be lonely at the top! Two other talking points

Excitement over the President’s visit to the insurgency-ridden Borno State is palpable but not many think that Buhari is truly deserving of applause.

First, it was long overdue and critics consider the trip as a basic demand of his office, and in the line of duty. They argue that if the President sustains the outreach, it would have the calming effect of reducing the pockets of tension across the country.

Indeed, nothing would be more pleasing than to see the President’s promises come to fruition. In this regard, the nation awaits his official trips to the South-East and other troubled regions if only to engage the restive populace and assuage their feelings.

Will the President do this with less than 24 months he has to vacate the Aso Rock Villa? Time, surely, has the answer.

On June 19, President Buhari called on West African leaders to mount pressure on the military leadership in Mali to ensure that the transition process in the country was not abandoned.

He had said, “Pressures are needed to ensure that the transition process in Mali, which is half-way to its conclusion, is not aborted. A further slide in Mali could prove catastrophic to the sub-region, considering that about half of that country is unfortunately under the grip of terrorists.”

Buhari’s call is one that should be heeded, not just for the good of the people of Mali but for the West African region.

Therefore, while Buhari is out playing the big brother role in the sub-region, he must equally show exemplary leadership in protecting and defending democracy in his own country.

Here, Nigerians are demanding to know why Mr President is hesitant about pursuing electoral reforms that would ensure transparency and integrity of elections conducted in the country.

ASO ROCK WATCH: Buhari, it could be lonely at the top! Two other talking points