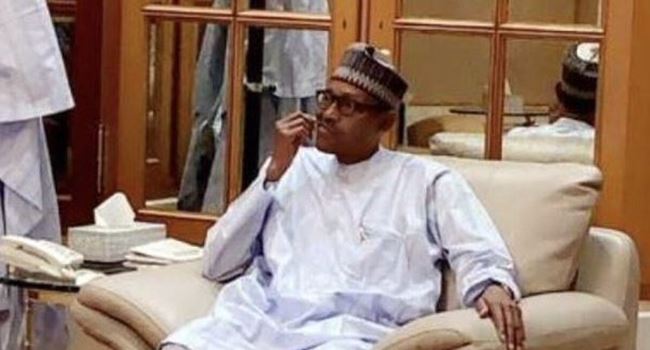 After months of suspense and tension, Aso Rock and its number one occupant, President Muhammadu Buhari, heaved a sigh of relief last week. The Nigerian Supreme Court provided the much needed succour as it confirmed Buhari the authentic winner of the last presidential election.

President Buhari literarily gave his opponent, Atiku Abubakar, an unforgettable knock that also shook the opposition Peoples Democratic Party (PDP). The knock served well to ‘seal the lips’ of Atiku and the PDP from loudly demanding to be declared as the winner of the 2019 presidential election.

The Tanko Muhammad-led apex court, after reading all the documents brought before it, could not see any meaningful argument presented by Atiku and the PDP by which Buhari’s victory could be invalidated. And, not wasting any precious time on the matter, the CJN and his team held that the appeal was lacking in merit and had it thrown out.

Expectedly, while Atiku, PDP and their supporters lamented the outcome of the legal tussle, inhabitants of Aso Rock, the governing All Progressives Congress (APC) and their followers lauded it.

However, for a sizable number of ordinary citizens, the outcome of the legal battle did not come as a surprise. It would, indeed, have been a big shock had the Supreme Court deviated from the age-long political history of the incumbent president always emerging victorious in legal battles, regardless of the brilliance of the plaintiff’s legal team.

All the arguments in the court of public opinion; the manner former CJN, Walter Onnoghen, was sacked and Tanko appointed, the selection process of the justices that heard and decided the case have now become history.

The Supreme Court judgment meant that the complainants now had only God to take their case to.. Though Atiku, his party and followers have come to accept their fate, many believe history would be kind to them for choosing the democratic path to air their frustrations and challenge outcomes of the 2019 presidential election.

At the moment, Nigerians await the reasons for dismissing Atiku’s appeal. And, while that happens critics believe citizens should look beyond what the judgment papers would contain to demand that the system of justice, the method of elections and the nature of politics in Nigeria be totally reconsidered.

Maybe, like Levy Uzoukwu, Atiku’s lawyer, said after Wednesday’s judgment, “…unless something drastic is done to electoral jurisprudence in this country, there would be a problem because it is now becoming obvious that petitioners would always find it difficult to prosecute their cases.”

Hopes of having the country’s land borders opened soon were again dashed by President Buhari.

First, it was the leaked memo President Buhari sent to the Deputy Comptroller of Customs in charge of Enforcement, Investigation and Inspectorate, Victor Dimka, that set the tone for things to come.

In the memo, Buhari was said to have extended the closure of Nigeria’s land borders till January 31, 2020. Why Nigerians were yet ruing the development, they were hit with a more disappointing news when the Nigeria Customs Service (NCS) denied that the closure of borders would end on January 31.

According to the NCS, January 31, 2020 was only the end of the first phase of the operation and not the terminal date of the entire border closure.

“This is not the terminal date; it’s just for this phase. You know operations of this type are in phases. January 31, 2020, is the end of this phase. The exercise will continue until the set objectives are achieved,” the Public Relations Officer, NCS, Mr Joseph Attah, stated in an interview with newsmen.

Some analysts have reasoned that, with the border closures, both citizens and neighbours, were bound to experience varying degrees of pain in terms of economic realities.

According to one of Buhari’s ardent critics, Femi Fani-Kayode, “The closure of Nigeria’s southern boarders until the end of January is the biggest con in the last 10 years. It presents a very real economic challenge to our neighbouring countries, it is ill-motivated, it is ill-conceived and there is far more to it than meets the eye.”

2. What manner of private visit?

President Buhari has since arrived London for his ‘private visit’. He left Makkah via the Abdulaziz International Airport Jeddah for the United Kingdom on November 2, after successfully performing the Lesser Hajj in Saudi Arabia.

Interestingly, the President, though in London supposedly enjoying his vacation, is still running governance in Nigeria. In a tweet on his verified Twitter handle on Monday, Buhari revealed that he had signed into law the Bill amending the Deep Offshore (and Inland Basin Production Sharing Contract) Act.

“This afternoon I assented to the Bill amending the Deep Offshore (and Inland Basin Production Sharing Contract) Act. This is a landmark moment for Nigeria; let me use this opportunity to thank the National Assembly for the cooperation that produced this long-overdue amendment,” he wrote.

Speculations had been rife that Buhari’s ‘private visit’ to London would mean stealing time to see his doctors. All that remains in the realm of conjectures.

That Mr President is still calling the shots while in London, some analysts think, begs the question of what exactly a private visit entails. The development has also left critics asking if he no longer trusted his deputy to hold the reigns of authority in his absence.