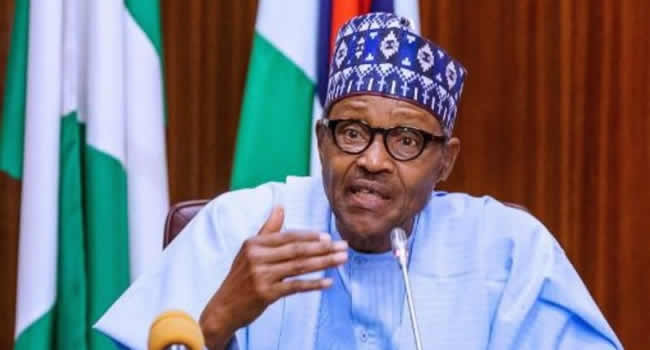 Last week, the presidency, in search of how best to describe the wanton killings in the land, called it ‘madness’. Shehu Garba, President Muhammadu Buhari’s Senior Special Assistant on Media and Publicity, did so on behalf of his principal.

Pitiably, the Buhari-led administration is still unable to contain the carnage carried out by Boko Haram terrorists, bandits, armed herdsmen, and most recently, the so-called unknown gunmen.

Two other stories caught our attention, and together all three awakened the national consciousness to the many troubles bedeviling the country.

President Buhari, on May 9, described as ‘madness’ the many killings seen in the wake of security challenges in the country.

Condoling with the growing number of bereaved Nigerians, Shehu had said: “The President takes this opportunity to condole with all who lost family members due to what he described as the ‘madness’ going on in parts of the country.”

Government’s posturing on the various senseless killings has drawn different reactions, ranging from utter disgust to reprehensions over the ineptitude and or lack of capacity of the President to manage the festering insecurity.

The nation has literarily been turned into a mourning arena where citizens have become almost numb to cries or reports of killing.

Despite the automated condolence messages, however, what agitates the minds of Nigerians affected by the killings, directly or indirectly, are fears that the administration lacks the will to push for a sustainable solution.

In April, for instance, a security report presented by Kaduna State Commissioner for Internal Security and Home Affairs, Samuel Aruwan, shockingly revealed that 323 people were killed by bandits in the State between January and March 2021.

According to Statista, a database German company, from February 2020 to April 2021, the murderous Boko Haram group alone killed 786 Nigerians.

Even more disturbing are the data released by the Nigeria Security Tracker (NST) which revealed that in the first six weeks of this year, no fewer than 1,525 had been killed across the country.

But, can Buhari stop the ‘madness’ or, will he keep pussyfooting, without taking the needed action against the criminal elements who have turned Nigeria into a killing field? The answer, it would seem, is blowing in the wind.

On May 13, President Muhammadu Buhari, expressed the readiness of his administration to strongly resist the threat by bandits to disrupt food production in the growing season.

Speaking to journalists after observing the Eid prayer at Aso Rock Villa, the President said: “The law enforcement agencies are working hard to regain confidence against bandits, so that we can go back to the land. This is very important. This is what the agencies are busy doing right now. We want people to go back to the land so that we can get enough food for the country and even to export.”

Well, the President is basically repeating the obvious.

Only on May 3, 2021, herders killed 15 villagers, most of them farmers, in Gwer West Local Government of the State.

In November 2020, Boko Haram terrorists, killed no fewer than 110 farmers working on a rice fields in Koshobe village, close to Maiduguri, the Borno State capital.

The Buhari administration, having gotten a notoriety at being tardy in the execution of its constitutional responsibilities, must seek to redeem its badly battered image instead of sulking over probable food insecurity.

Suffice to say that no amount of wailing would guarantee a return to the farms except concrete actions are taken to protect lives of Nigerians everywhere and anywhere.

And, except visible results are tendered, the Buhari administration will wear the inglorious badge of leading the country and its people to the land of starvation.

The time for banters are long gone. Getting rid of banditry in Nigeria is what the President must do for the benefit of all.

President Muhammadu Buhari on May 14, urged religious leaders of all faith to unite and aid the fight against terrorism, kidnapping, banditry and COVID-19 pandemic.

According to a statement by his spokesman, Garba Shehu, the President made this call while speaking with the Sultan of Sokoto, Sa’ad Abubakar III.

“The President called for continuous dialogue between the leaders of the two major faiths for peace and stability to reign in the country,” Shehu was quoted to have said.

No doubt, religious leaders of all faith are critical to arresting the growing security challenges in the country. This is because of the enormous influence they wield among their followers, and the polity at large.

It must be acknowledged then that the President has put the right foot forward in this case. But it is trite to also warn that unless he goes beyond appeal to rein in the excesses of some key religious leaders, stoking the embers of hatred will remain a constant feature and a disruptive element in the quest for National stability.

The President has no option but to be decisive.