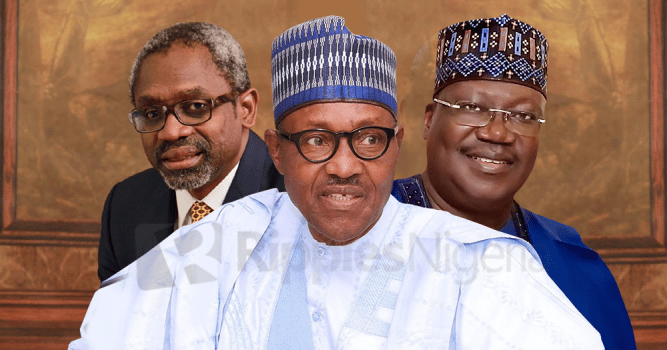 President Muhammadu Buhari shot straight from the hips last week. In doing so, he expressed concern over the failure of constituency projects, inserted into the country’s budget yearly by the federal lawmakers, to yield any meaningful result in the lives of ordinary citizens.

He was worried that after about “N1 trillion has been appropriated in the last 10 years for constituency projects the impact can hardly be seen.”

The issue of constituency projects is not new to Nigerians. It has remained a controversial matter in recent years. Former President Olusegun Obasanjo had once described it as an act of corruption and was heavily supported by many Nigerians.

The matter appears to have become a reoccurring issue between the executive and legislative arm at every circle of budget submission, defence and approval.
However, the concern Buhari raised on the issue last week when he spoke at a two-day summit on the fight against corruption in Abuja, seemed to have stirred more controversies on the matter.

He had at that event directed the Independent Corrupt Practices and other related offences Commission (ICPC) to go after contractors and their collaborators in government that collected money for the projects without executing them.

Would there be consequences?

Already, some members of the 9th National Assembly had since disputed Buhari’s claim. One of them, the Minority Leader of the House, Ndudi Elemelu, in a motion at the House, had said the report by the ICPC was capable of having unintended consequences.

In his contribution to that motion, Speaker Femi Gbajabiamila said the claim was “a breach of our collective privilege as a House and not one person. My concern is the unintended consequences of (the) words spoken. These are words emanating from a report by the ICPC.

“There could be unintended consequences that could come out of it. You put people’s wellbeing at risk. I (don’t) feel it is okay to use the National Assembly as the weeping boys. The fact is that there is the FOI bill.

“The ICPC could easily invoke its power of investigation and look at releases as compared to what was budgeted. There is a difference between money budgeted and money released. It is as simple as ABC.”

Matters concerning constituency projects constantly brought about allegations of budget padding during the life span of the 8th National Assembly. It also resulted in the delay of the passage of the budget by the legislature and approval of it by the executive.

One of the fears being expressed by key observers of political events in Nigeria is that the latest controversies may affect the timely passage of the 2020 budget, as the likelihood of allegations of budget padding, a constant feature during the life span of the 8th National Assembly may come to the front burner again.

Another concern is that the governing All Progressives Congress (APC), which has a commanding majority in both chambers of the National Assembly, may not be able to control the expected outburst that the current controversies may create?

That promise on third term

One other interesting news last week was President Muhammadu Buhari clarification that he would not make the mistake of attempting a third term in office.

Before that clarification, some Nigerians had accused Buhari of mulling a third term plot. Many had even claimed that the proposed hate speech, social media bills were meant to clamp down on the media in order to prepare the grounds for the launch of Buhari’s third term campaign.

The claims came despite Buhari saying earlier in October that “there are no circumstances – nor set of circumstances – under which he may seek to amend the constitution regarding the two-term limit on the office of the president.”

Following the persistent rumours, Buhari reiterated thus last Friday, at the opening of the National Executive Council (NEC) meeting of his party, the APC in Abuja, “I’m not going to make the mistake of attempting a third term. Besides age, the constitution makes provision for only two terms.”

Now that the issue of third term appears settled hopefully, critics have cautioned that sycophants and praise singers should not praise-sing him into changing his position.

We had noted last week the sarcastic claim by a former Aviation Minister, Femi Fani-Kayode, that Vice President Yemi Osinbajo would soon be sent to wash toilets. That snide remark generated quite a lot of interest. Coincidentally, it was Osinbajo’s lot, last week, to launch the Federal Government ‘Use the Toilet’ campaign.

The launching came after President Buhari signed Executive Order 009 entitled, ‘The Open Defecation-Free Nigeria by 2025 and Other Related Matters Order’ into law.

Fani-Kayode, who had severally asked Osinbajo to resign his position due to the perceived rift between him and Buhari took to his Twitter handle to write:

“VP Yemi Osinbajo launches and flag off the Use The Toilet Campaign, a campaign to stop open defecation in Nigeria while Buhari is presiding over a security council meeting!

“A few days ago I wrote: “If Osinbajo doesn’t resign they will send him to wash toilets”. Almost there!”

Osinbajo has remained true to character, calm and calculated in the face of the muds that have been flung at him. And, in spite of all that has been insinuated, he no, doubt, continues to enjoy Buhari’s respect and support.