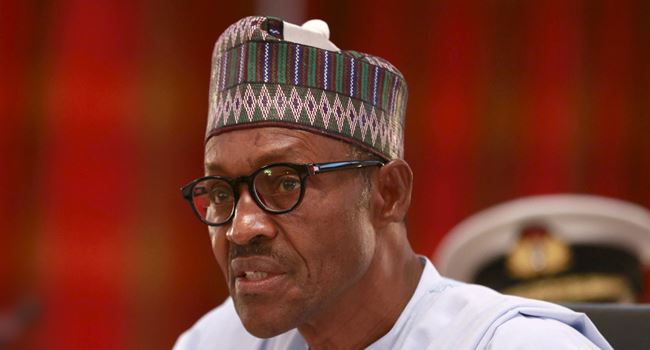 Trust Aso Rock with intriguing events. Like preceding weeks, last week did not pass without fascinating stories from Nigeria’s seat of power.

Among the stories that generated not a small reaction was what many Nigerians considered as doublespeak by President Muhammadu Buhari.

Responding to Presidential Election Tribunal ruling that affirmed he won the 2019 presidential election, Buhari had said in a statement, “Good conscience fears no evil report. I was unperturbed all along because I knew Nigerians freely gave us the mandate. We are now vindicated.”

Buhari, after the initial ‘hard man,’ ‘clear conscience’ claim, had later said, “I think I would have gone into trauma or something,” had Atiku Abubakar won at the tribunal. Many had described the President’s reaction as akin to having the engine of governance “knocked”, a local refrain to stalling movement in a progressive direction.

Nigerians had awaited with keen interest the outcome of the petition by Atiku, a presidential candidate of the Peoples Democratic Party (PDP) against Buhari at the tribunal.

The eventual ruling of the tribunal on the matter was not far from what many Nigerians expected from a judiciary that, arguably, had suffered more harassment under the current administration than any government before it since the return of democracy in 1999.

While different reactions trailed the tribunal judgment, the one that rattled Nigerians and got many talking was Buhari’s claims that he had a clear conscience and was unperturbed over the tribunal case, and the later confession that he would have gone into trauma had Atiku won at the tribunal.

According to the Presidency, it was wrong for the media to have claimed that Buhari retracted his initial statement that he was ‘unperturbed’ against confessional one that earlier made the rounds.

Femi Adesina, special adviser to the president on media and publicity had claimed that the confessional statement, which Buhari was quoted to have made when he received the APC governors at State House, was “twisted with malicious intent” by the media.

Adesina argued thus, “An elementary understanding of the English language shows that President Buhari was talking specifically of the day and time of the ruling, not before.”

Adesina position was that for Buhari to have said in the initial statement, that he “was unperturbed all along…” meant that he was referring to days before the judgment day.

What Adesina may not have achieved

Hard as Adesina and the Presidency tried to shape the narrative, not a few Nigerians are wondering how President Buhari lost his clear conscience and became perturbed just on the judgment day.

What many would want Adesina to give a better explanation to is if Buhari suddenly realised on the judgment day that the ruling could go either way, hence, the tension and apprehension that enveloped the presidency.

Until the Presidency comes up with better explanations, a good number of Nigerians may remain unconvinced that Buhari read and understood the content of the ‘good conscience, unperturbed’ statement he issued earlier, before making an open confession that he was shaken while the tribunal ruling lasted and would have been in trauma if Atiku had won the case.

Another fascinating story Nigerians were left to savour last week was President Buhari’s reiteration of the promise he made Nigerians before his first coming in 2015.

He had, while presiding over the first Federal Executive Council (FEC) meeting with his new cabinet, reassured of his commitment to security of lives and property of Nigerians, fighting corruption and making the nation’s economy buoyant.

“Nigerians voted for me in February 2019 to accomplish three major areas of securing the nation, the diversifying and inclusive economy that will end poverty and fighting corruption.

“The ministers’ policies, ideas, and projects should mainly be tailored to these areas. Therefore, all ideas and projects that will contribute to achieving these goals shall be foremost in our deliberations,” he had said.

When Buhari made the promise in 2015, what followed was an unprecedented recession. While the country was able to later escape the recession, issues of insecurity across the country seem to have worsened. The country at the moment remains the capital of the world poorest people, while corruption issue is still a thing of serious concern.

With the renewal of the old promise to ensure the security of lives and property of Nigerians, fight corruption and make the nation’s economy buoyant, Nigerians cannot but pray that the promises would be actualised this time around.

Nigeria, in the course of last week, also attained another milestone, though largely a negative one.

A visitor, the president of the International Committee of the Red Cross (ICRC), Peter Maurer, broke the sad news of Nigeria being rated as country with the highest number of missing persons in the world.

Maurer had in a statement said, “Every parent’s worst nightmare is not knowing where their child is. This is the tragic reality for thousands of Nigerian parents, leaving them with the anguish of a constant search.

“People have the right to know the fate of their loved ones, and more needs to be done to prevent families from being separated in the first place.”

At least, no less than 22,000 Nigerians have been reported missing following Boko Haram-related attacks, with nearly 60 per cent of them being minors at the time they went missing.

Hopefully, Aso Rock may, with this revelation, intensify efforts to free persons as Leah Sharibu and numerous others from the captivity of Boko Haram terrorists.