Six isn’t half a dozen!

In what took many by surprise, and ignited some sort of celebration nationwide, President Muhammadu Buhari, last Friday, signed into law Executive Order No. 10 of 2020 for the implementation of financial autonomy for state legislature and judiciary across the country.

News of the development filtered in through a statement by Umar Gwandu, the spokesman of the Attorney-General of the Federation and Minister of Justice, Abubakar Malami (SAN).

The statement read in part: “Based on the Executive Order at the commencement of this Order for implementation of financial autonomy for State legislature and judiciary in line with section 121(3) of the 1999 Constitution of the Federal Republic of Nigeria (as Amended), all States of the Federation shall include the allocations of the two Arms of Government in their Appropriation Laws.”

The palpable excitement in the air is better appreciated against the year-long cries for the country to get restructured. The All Progressives Congress (APC), on whose wings President Buhari rose to power had restructuring as a major cornerstone of its party manifesto and or promise to Nigerians.

The President’s action, ostensibly a response to popular clamour, smells of an attempt at restructuring the Nigerian polity. This is welcome. What many want to decipher, however, is whether the President is bent on restructuring the country on his own terms instead of instituting a proper constitutional conference for a proper discourse on how the federating units would wish to live together.

Mr President, nevertheless, deserves commendation for this development, even though perceived as cosmetic. A larger concern is what appears, however, to be a hypocritical stance on his party’s promises of remodeling the country, especially in the area of fiscal federalism.

Nigerians may be grateful for the financial autonomy granted to state legislatures and judiciary but it is clear that they deserve more than mere tokenism which is what Buhari’s latest Executive Order presents. 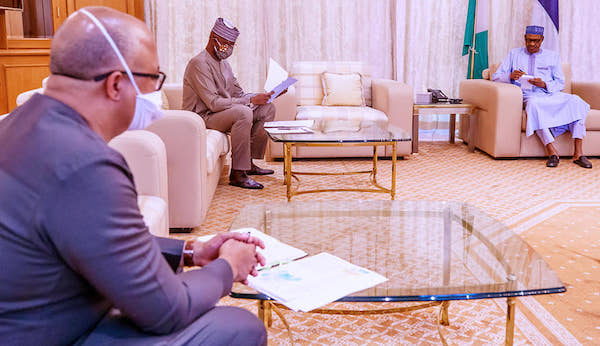 Last week saw an obviously frustrated President Muhammadu Buhari charge the Presidential Task Force (PTF) on COVID-19 to work closely with State governors in the fight against the pandemic.

This was made public in a statement by the President’s Special Adviser on Media and Publicity, Femi Adesina who, in apparent reference to the COVID-19 challenge, quoted the president as saying, among others, “…and I have directed that they work closely with the governors.”

The President’s call is not unconnected with the attitude of the likes of Kogi State governor, Yahaya Bello,  who keeps refusing officials of the Nigeria Centre for Disease Control (NCDC) to conduct COVID-19 tests in his State. Bello shares almost the same posture with the governor of Cross Rivers State, Ben Ayade, who carries on like one who has the most knowledge about how to contain the ravaging pandemic.

Many other governors have also chosen to pander to political considerations rather than implement tough decisions as advised by experts, especially those relying on World Health Organisation (WHO) protocols.

It’s a shame how these helmsmen have chosen to play the ostrich, burying their heads in the sand while exposing their filthy behinds.

This certainly cannot be a season for political correctness. It behooves the State governors to heed the President’s charge, and do the needful for the benefit of all.

That hammer on Uwakwe 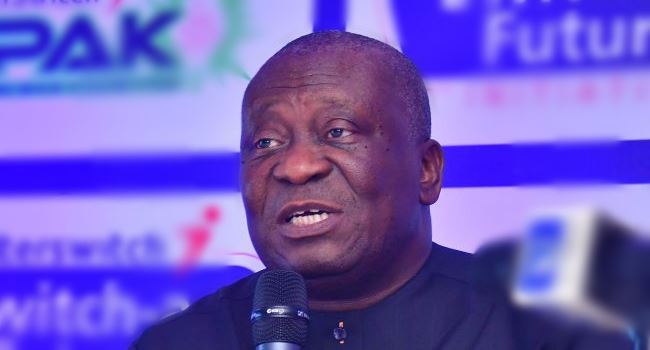 It looked like some people dared the President’s resolve on the anti-corrupt fight recently. And, one seems to have paid dearly for it last week.

The man who received the hammer was the Registrar and Chief Executive Officer of National Examinations Council (NECO), Professor Charles Uwakwe, over alleged financial mismanagement and abuse of office in awarding contracts worth N25 billion without following due process.

“After due consideration of the investigative panel on the allegation of unsatisfactory conduct levelled against you and some management staff of the council, Mr. President in exercise of his powers, has approved your removal as the Registrar and Chief Executive Officer of National Examinations Council with effect from the date of your suspension (May 2018) from duty,” Permanent Secretary of the Federal Ministry of Education, Sonny Echono said in a letter on behalf of the Minister of Education, Adamu Adamu.

The temptation to deep hands into the public treasury is one disease that plagues a sickening percentage of government officials in the country. This is why the President deserves all the commendation for walking the talk on the anti-graft wars.

The expectations hence are that Uwakwe and his gang, whoever they may be, must face diligent prosecution and made to bear the full weight of the law, if only to serve as a deterrent to others.

That said, the President must also continue to fight the perception of him pursuing a sectional agenda by ensuring that alleged looters of the economy across party lines, ethnicity and even religious bias, are subjected to same treatment according to the rule of law.