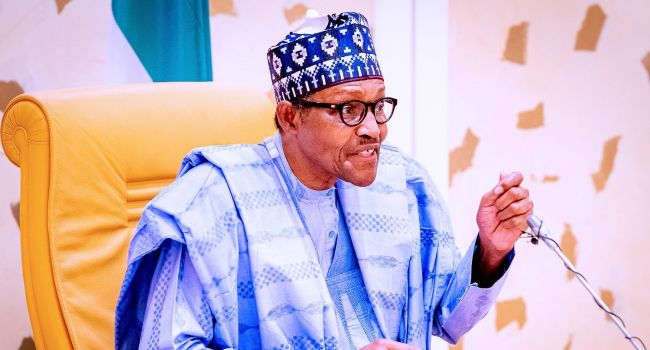 Last week, President Muhammadu Buhari’s Senior Special Assistant on Media and Publicity, Garba Shehu, tore into the Northern Elders’ Forum (NEF), for allegedly asking for the people of the South-East region to be allowed to secede, if that is what they want.

In a dramatic twist, the NEF denied making such statement.

We picked on two other stories from the Aso Rock Villa for your reading pleasure.

On May 20, Shehu, said that it was delusional arrogance that would make the NEF to state terms, and conditions for the existence of the country.

This was contained in a statement he issued in reaction to a statement by the NEF spokesman, Dr. Hakeem Baba-Ahmed, wherein he allegedly called for the secession of the South-East region.

“Who gave them the right to ask for the exclusion, or expulsion of any one, group or section of the country from the Federal Republic of Nigeria,” Shehu queried.

However, in a swift reaction to Shehu, Baba-Ahmed distanced NEF from the said allegation and accused Shehu of reacting to a fake statement.

“The Northern Elders Forum restates that it made no such release, and advises leaders to note the very sensitive times in which we live at the moment,” Baba-Ahmed clarified.

Shehu’s seeming hard-hitting reaction is a clever divide-and-rule tactics targeted at winning over the South-East where the same presidency has deployed enormous resources, including propaganda, to dissuade secessionist agitations.

Indeed, the divide-and-rule game can be termed deliberate, as the administration is yet to fully overcome some lose remarks credited to President Buhari in the past. Ready examples include tagging the South-East as a dot in a circle, and claiming that he didn’t owe the region too much democracy dividends for not having voted him massively in 2015.

2. On Buhari’s alleged lack of empathy

Presidential spokesman, Shehu, also on May 20, described as unfair claims that President Buhari was not showing enough empathy towards victims of deadly attacks across the country.

Speaking on Channels Television’s programme, Politics Today, Shehu had said:
“So, did the President go to all the places where there have been incidents of violence or killings? No, he did not go. However, it is unfair also to make the conclusion wrongly that he had not paid attention or had not visited.”

While Shehu’s spin-doctor duties are appreciated, it must be said that there is a limit to reputation management, especially when there are glaring failures by the central character.

An undeniable fact is that the President has not done enough to connect with citizens in a way that clearly depicts him as caring and full of empathy.

In the past few weeks, for instance, there have been attacks in Sokoto, Kaduna, Imo, Anambra and Benue States, yet the President has failed to connect with the people where it mattered most.

On May 19, Vice President Yemi Osinbajo stated that despite the number of people vying for the All Progressives Congress (APC) presidential ticket, all aspirants were willing to support whoever emerges as the party’s standard bearer in the forthcoming presidential election.

Speaking while in Rivers State to woo APC delegates. Osinbajo said: “We are aspirants today, but only one person would emerge, and we must be prepared to work with that person.”

Osinbajo’s submission is recommended to Nigerian politicians. It is one that should form the bedrock of their political ideology. For sure, it is bound to lessen, drastically, the spate of political, and electoral violence in the country.

What becomes a thing of concern is whether fellow aspirants would actually share Osinbajo’s ideal, or insist on the old path of heating up the polity with violent rhetorics. Nigerians can only watch and wish for the best.