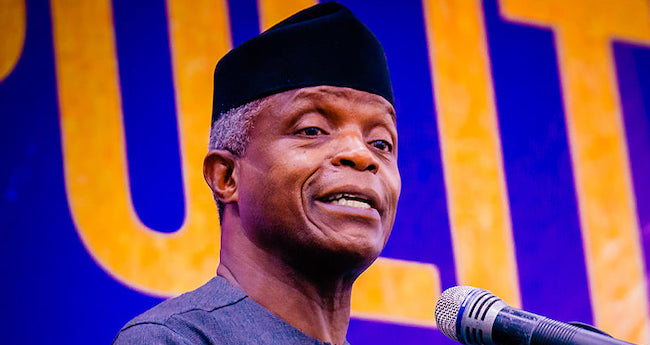 The Vice President, Professor Yemi Osinbajo, last week, made a shocking revelation on the amount of money Nigeria loses yearly due to the lingering farmer-herder clashes.

We tracked two other stories from the presidency for your reading pleasure.

Represented by the National Livestock Transformation Plan (NLTP) Delivery Advisor, Efosa Onyezebe, the Vice President said, while declaring this year’s Livestock and Aquaculture Trade Fair open in Lagos, that it was discouraging that conflicts between farmers and herdsmen have continued to milk the country $14 billion annually.

Osinbajo’s revelation is troubling, and lays bare the dilemma of the Nigerian economy when issues of terrorism are added to the bag of woes.

Indeed, being knowledgeable of the painful cost of the clashes, the Vice President openly admits that the Muhammadu Buhari-led administration has failed to work out a lasting solution to the national challenge.

It is, therefore, not enough to brood over missed opportunities but to rise to the challenge and do the needful.

President Buhari, on March 30, directed security agencies to see to the end of the killings, kidnapping, and sexual assault by rival cult groups, particularly, in Ogun State.

Speaking to the issue, Buhari’s Senior Special Assistant on Media and Publicity, Garba Shehu, quoted the President as saying, “The Police and other law enforcement agencies must confront head on, groups seeking to destroy peace and bring disorder before they gain strength.”

What agitates the mind, however, is why the leadership of the country’s security agencies would have to wait to be told what to do. It is either that the institutions are manifesting troubling levels of inefficiency or that the President has refused to sanction outright incompetence by the various leaderships.

Either way, the decay has certainly put the government in bad light from which it must work to redeem itself.

On March 30, Vice President Osinbajo solicited the rejig of Nigeria’s legal system through effective reworking of the education curriculum to be in tandem with global best practices.

The Vice President’s submission brings to fore the disconnect between the academia and the real world. As a legal luminary, and an accomplished technocrat, Osinbajo speaks from a position of strength, knowing that a poorly trained lawyer serves no useful purpose to both the corporate world and general public.

Will the academia accept the challenge and act swiftly to realign the law curriculum and bridge the gap between the ‘gown’ and ‘town’?
The answers remain within the confines of time.