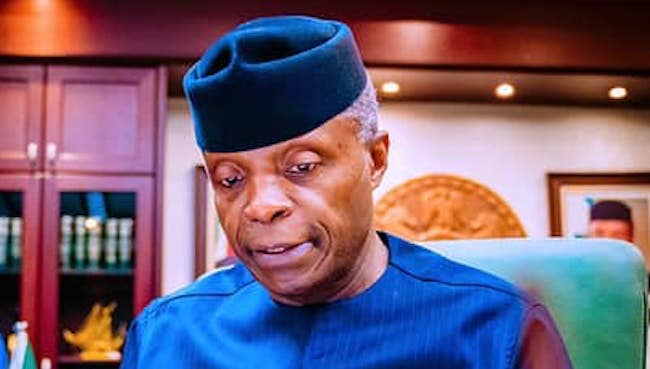 The Vice President, Professor Yemi Osinbajo, on February 2, registered his discomfort with the existence of several regulations that hamper the growth of businesses in Nigeria.

Osinbajo’s complaint has since spiralled into heated conversations, and interpretations.

According to a statement by Osinbajo’s media aide, Laolu Akande, the Vice President raised his concerns after receiving a report of an Ad Hoc Committee of the Presidential Enabling Business Environment Council (PEBEC), on Agro-Export and the presentation of a National Action Plan 7.0 in Abuja.

“There are too many regulatory requirements. Too many regulations kill output. We have to take a second look at how we regulate. Over-regulation is killing business. It kills investments,” the Vice President said.

The situation is worsened as illegal and double taxation regimes overwhelm businesses across the country.

But who else to deal with perceived issues in the business environment than the Osinbajo-led National Economic Council(NEC) charged with responsibility of driving the wobbly economy?

Critics are concerned that the Vice President may have inadvertently turned himself into a wailer, as many anti-Buhari folks are branded.

Indeed, rather than wail, Osinbajo should quickly gird his loins and work at improving Nigeria’s poor ranking on the ease-of-doing business scale . This challenge should give him sleepless nights.

President Buhari, on February 2, vowed to return peace to insurgency-ridden North-East region in the coming months.

Speaking at the inauguration of the Presidential Committee on the Repatriation, Return and Resettlement of Internally Displaced Persons (IDPs) in Abuja, Buhari said, among others: “I pledge to you in the coming months you will begin to witness a shift away from a protracted insurgency to peace buildingDifferent to get…”

Buhari’s vow takes the colouration of his previous promises to flush out terrorists who have caused a plethora of humanitarian crisis in northern Nigeria. Sadly, the President has failed to keep his promises.

Instead, the terrorists are waxing stronger, and wrecking havoc on Nigerians. The worsening security challenge should serve as a wake-up call for the President to ensure that his advertised ‘revised approach’ sees an end to the on-going menace in the troubled regions.

Buhari made this call at the launch of the revised National Policy on Population for Sustainable Development in Abuja.

“The policy emphasises the urgency to address Nigeria’s sustained high fertility rate, through expanding access to modern family planning, counselling and commodities as well as promote birth spacing,” Buhari said in a statement by his Special Adviser on Media and Publicity, Femi Adesina.

The President’s call, though coming rather late, must be taken seriously as the country’s population growth rate is unsustainable. This is especially so because the rate of economic growth is slower than that of population.

The major concern, therefore, is that if nothing urgent is done to check the disconnect, the country risks a further descent into economic abyss.

Will the Buhari administration act or, in its typical style, shelve the responsibility to others? Time will tell.