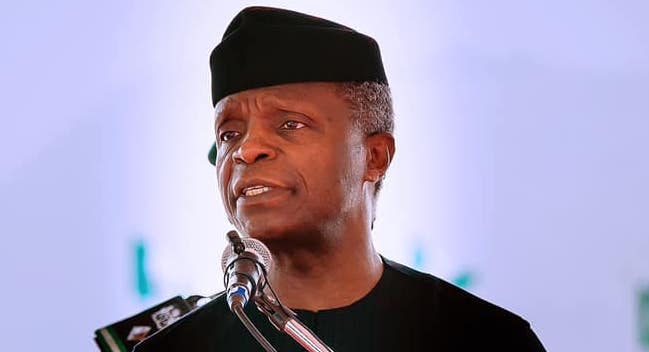 Vice President Yemi Osinbajo, on Monday, officially declared his intention to vie for the presidency in the 2023 General Elections. Osinbajo made his intention public in a short video shared on his Twitter handle, @ProfOsinbajo.

He said: “…today, with the utmost humility, I’m formally declaring my intention to run for the office of the President of the Federal Republic of Nigeria on the platform of our great party, the All Progressives Congress.”

Osinbajo’s declaration puts to rest months of speculations, insinuations, and denials on whether he will throw his hat in the presidential ring or not.

Indeed, members of his camp have argued that the Vice President’s declaration was a product of his several consultations, and answer to the calls by individuals, and groups for him to join the presidential contest.

For sure, his move has tightened, and toughened the contest for the APC presidential ticket while increasing the degree of competitiveness for the coveted ticket. From readings of political developments, it was actually expected that he would engage in the tussle to succeed his principal, President Muhammadu Buhari.

Interestingly, the Vice President would be jostling for the ticket with several political heavyweights in the party, especially his former boss, Asiwaju Ahmed Bola Tinubu, who is the acclaimed national leader of the party.

That Osinbajo had served as the Commissioner for Justice, and Attorney-General of the State under the Tinubu administration, 1999-2007 is common knowledge.

Tinubu, also, reportedly selected/nominated Osinbajo in 2014 to be Buhari’s Vice President when it turned out that he could not occupy the position for fear that a Muslim/Muslim ticket would not sit well with the populace.

For sure, Osinbajo has his right to contest for any political office adequately protected by the constitution. However, many have argued that his move amounts to a stab in the back of a man who guided his baby steps into the muddy waters of Nigerian politics. This position essentially appeals to sentiments which are totally at variance with the general belief that politics is an interest-driven game.

Osinbajo is already receiving the knocks, and this is understandable. Critics are quick to point to palpable failings of the Buhari administration; evident, majorly, in rising insecurity, poverty and pervasive corruption.

It is believed that being a critical part of a government that saw Nigeria slip to almost a status of a failed State, it would be difficult to admit that he has any magic wand to disrupt the system positively.

However, speculations that Osinbajo is being propped up by some unnamed cabals in the presidency should not be discounted.

All said, Nigerians cannot wait to see the political intrigues play out, as the race to Aso Rock Villa promises to be quite exciting.