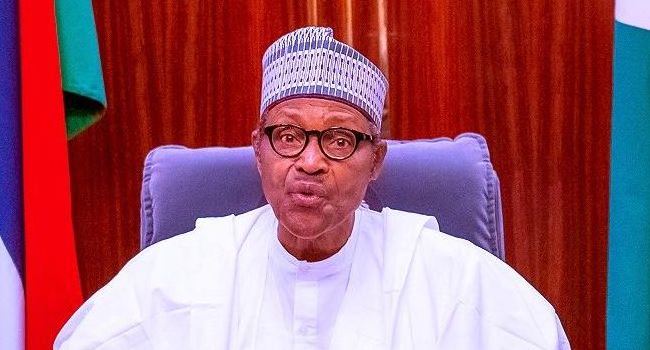 This did not come as a surprise to many as the country’s external relations have always accommodated bilateral and multilateral engagements.

This, and two other stories, made the buzz around the seat of power, Aso Rock, past week.

President Muhammadu Buhari, on July 29, said Nigeria would gladly accept the Commonwealth’s offer to help the country in its ongoing efforts at tackling insecurity, climate change, and other challenges.

He stated this during a meeting with the Commonwealth Secretary-General, Baroness Patricia Scotland, on the side-lines of the Global Education Summit which held in London, United Kingdom, according to a statement by his media aide, Femi Adesina.

Baroness Patricia is reported to have noted the following as areas that the Commonwealth could help Nigeria: countering violent extremism, improving trade, and providing modalities to implement the African Continental Free Trade Agreement (AFCFTA).

The London outing is not the first time Buhari would move to seek foreign help. In April, during a virtual meeting with U.S. Secretary of State, Anthony Blinken, he had asked for the help of the U.S. to solve the security concerns in the country. What became of Buhari’s request is not yet clear to many.

Nigeria’s push for external help has continued to elicit interesting posers. Among these are:
1. What manner of conditions are attached to the assistance being sort by Nigeria?
2. How do these requests for foreign assistance make Nigeria vulnerable and or easy prey for manipulations by super powers?

The answers would seem quite obvious. The Nigerian condition, driven largely by poor leadership, has greatly weakened the country’s capacity to deal on equal terms with other countries.

Indeed, its serious internal contradictions have literarily turned the country into a beggar nation, ready to welcome all sorts of assistance even at the risk of mortgaging the future of the country.

The question on the leaps of many is whether the country would ever rebuild its local capacity for competitiveness and position itself for sustainable growth and development.

On July 28, President Buhari vowed to increase the budgetary allocation for the education sector by as much as 50% over the next two years.

A statement issued by Femi Adesina quoted Buhari as saying: “We commit to progressively increase our annual domestic education expenditure by 50% over the next two years, and up to 100% by 2025 beyond the 20% global benchmark.”

Buhari’s remarks may have generated some excitement. Over the years, successive administrations have consistently failed to match United Nations Educational, Scientific and Cultural Organisation (UNESCO) recommendation of 26% funding in the annual budgetary allocation of countries to its education sector.

The shortfall is partially noticeable in infrastructural decay, unpaid wages and salaries to teachers, and the unpalatable record of over 13 million out-of-school children across the federation.

What, of course, will be of utmost concern to all is whether the Buhari-led administration will fulfill its promise given many years of posturing without action, combined with poorly aligned policy initiatives and summersaults.

Mr. President has already challenged himself and it will be more exciting to see him pursue these set goals with vigour. Posterity would be kind to him if he does deliver before vacating Aso Rock in 2023.

Vice President Yemi Osinbajo, on June 26, emphasised the need for the nation’s judiciary to embrace technology and innovation for the evolution of the profession and national development.

Speaking at the 2021 Annual Law Week of the Nigerian Bar Association (NBA), Lagos Branch, Osinbajo said: “As digitalisation has already disrupted other industries, it is possible to predict that AI (Artificial Intelligence) will go further and disrupt the business model in the legal industry.”

Osinbajo’s concern is one that is all encompassing. We live in the age of science and technology, and only the undiscerning will ignore the impact of this fundamental shift in the affairs of men.

Beyond his submissions, therefore, is the need for the Nigeria Government to ensure that the wave of technological developments does rub off on the different sectors of the economy.

It is important to add that Osinbajo’s goal can only be actualized if founded on the creation of an enabling environment that will incubate technology and give birth to startups that will reshape Nigeria’s economy.

ASO ROCK WATCH: When, where is right to drag Buhari’s govt? Two other talking points