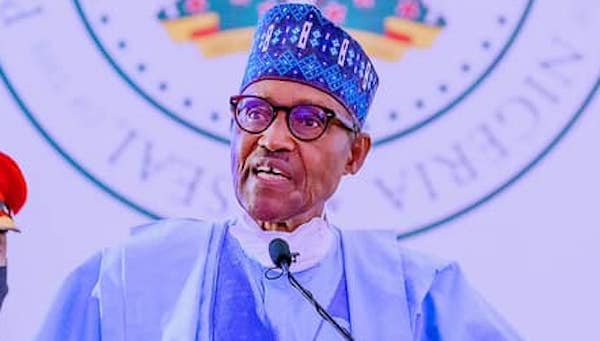 Last week, President Muhammadu Buhari unequivocally said that he would only support All Progressives Congress (APC), candidates in the forthcoming 2023 general elections.

We selected two other stories from the seat of power within the week in review.

On August 24, President Buhari expressed his resolve to throw his weight behind all candidates vying for elective positions under the APC, noting that those who had defected from the party are on their own.

The President gave the assurance in a statement issued by his Senior Special Assistant on Media, and Publicity, Garba Shehu, in Abuja.

The statement read: “The Presidency wishes to put it on record, and at the same time, reassure faithful party members that President Muhammadu Buhari remains a ‘disciplined soldier’ of the All Progressives Congress (APC), and will, in all the coming elections, support only those candidates fielded by the party, and no other.”

Buhari’s stand is a burden of leadership and it would have been strange to catch him saying otherwise. Needless to add that he is, by virtue of his position, the ruling party’s chief marketer. A deviation surely would amount to anti-party activity.

Interesting to note, however, are the huge dents on APC’s image, occasioned by years of maladministration, which now make the ruling party a tough sale.

As encouraging as Buhari’s pledge to his party is, it would be interesting to see how the President’s stand pans out.

President Buhari, on August 23, reaffirmed the commitment of his administration to tackle terrorists and bandits who have turned the country into a nightmare.

Buhari gave the assurance at the Citizens summit for National Integration, Peace and Security convened by the Nigerian Institute of Public Relations and Partners held in Abuja.

Represented by the Minister of Information and Culture, Alhaji Lai Mohammed, Buhari said: “We have directed the military to crush those terrorising our citizens, peace and security are gradually being restored to the country.”

“We must take the fight to the terrorists and demonstrate that there is no hiding place for them within the borders of our country.”

Buhari’s order, to the military, to crush the rampaging terrorists, who have transformed different parts of the country into a killing field, has become a cliché. Against his matching orders, current realities do not suggest that much improvements have taken place.

This calls for a comprehensive review of the country’s security architecture, and it is hoped that the President becomes more welcoming of alternative propositions on the way to securing Nigeria.

Needless to say that the use of non-kinetic measures must begin to get a commensurate look in by the government.

3. Buhari’s show of empathy to Pakistan

President Buhari, on August 27, sympathised with the government, and people of Pakistan over the heavy floods which have turned out to be a monumental natural disaster in the history of the country.

This was contained in a statement issued by the President’s spokesman, Shehu. He noted that the President also called on the United Nations, and other Aid Agencies to “to take urgent steps to assist people without shelter, and food as well as the millions who require urgent humanitarian relief.”

The President’s show of empathy is a standard diplomatic gesture and comes highly commended. However, there are accusations that he has been less concerned about the plight of embattled Nigerians.

The insinuations are hinged on his poor response to crisis management, especially the not-enough-show of compassion to victims, and communities ravaged by terrorists and bandits.

How this negative perception can be cleaned up in the months ahead of the President’s exit from office is a matter of conjectures.