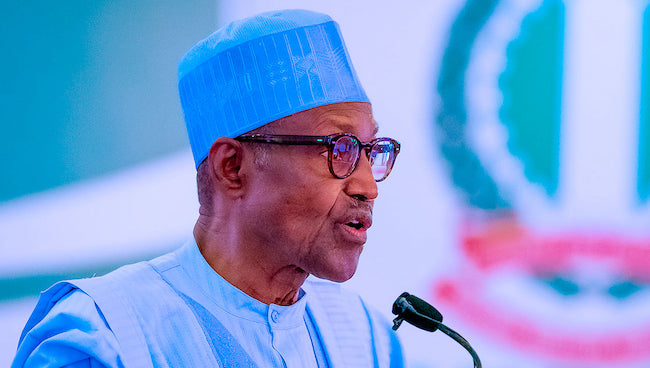 The Presidency, last week, dismissed a call by the Northern Elders Forum (NEF), who called on President Muhammadu Buhari to resign following the incessant security challenges across the country, especially in the North.

We tracked two other stories from the seat of power, Aso Rock Villa, for your reading pleasure.

On April 13, the Presidency stated that heeding the resignation call of the NEF will not end the security challenges bedevilling the country.

“It is enough to say from our part, that a resignation call on the President is not a solution to the security problems facing the country, something that has built up to a worrisome level following decades of neglect,” Buhari’s Senior Special Assistant on Media and Publicity, Garba Shehu, stated.

Buhari is not a stranger to resignation calls by the NEF. The forum had remained vocal in the face of the heated attacks by terrorists, and other criminal elements who have made life rough and tough for innocent Nigerians.

It would have been out of character to expect the President and or his handlers to welcome an invitation to resign from office. This is primarily so because the nation’s political class hardly acts honourably and would stay put in office even in the face of abysmal failure.

Signs are that the Buhari administration has come to wits end in the battle against nation-wide security. Public surrender would be an anathema, and resigning from office is a distant expectation because there is no sign anywhere that the president has such culture woven into his leadership DNA.

Therefore, Nigerians should expect President Buhari to damn the outcries, and to muddle through to the end of his tenure.

President Buhari, on April 14, reiterated his commitment to the independence of the judiciary in the country.

Buhari gave the assurance while addressing the leadership of the nation’s judiciary led by the Chief Justice of Nigeria, Justice Ibrahim Tanko Mohammed, in Abuja.

He said: “I assure you that I have tremendous respect for the judiciary.”

It is pleasant to hear President Buhari speak of his commitment to and respect for the rule of law.

With his administration left with just about a year of activity, it would be great to see how a fresh leadership drive would erase the horrors of the early days.

Here, one is reminded of the ugly experiences of the former Chief Justice of Nigeria (CJN), Justice Walter Onnoghen, leader of Islamic Movement of Nigeria (IMN); Ibrahim El-Zakzaky, and former National Security Adviser; Col. Sambo Dasuki where, under Buhari’s watch, the government refused to obey orders of the court.

On April 12, President Buhari assured that the perpetrators of the recent attack, which left scores dead, in Plateau State would not escape justice.

In a statement by presidential spokesman, Garba Shehu, the President said: “I urge our citizens, the people of Plateau State in particular, to expose the perpetrators of such incidents, their sponsors…so that the law will take its course. They must not be forgiven.”

Buhari’s call provides an inkling into the disconnect between the security agencies and the locals who are meant to provide credible intelligence in the war against terrorism and other criminal ventures.

The attack, on the other hand, also serves as a sad reminder of the poor performance of the Buhari administration in securing lives and property.

Indeed, it amplifies the argument that history will not be kind to the administration if it fails to return stability in the area of national security.