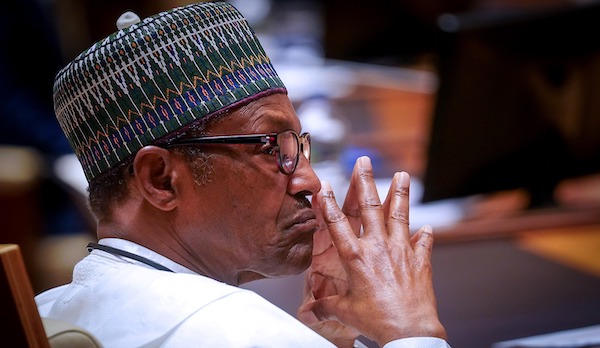 The seeming free reign of bandits in the north of Nigeria got President Muhammadu Buhari blowing hot air last week.

The most recent report spoke of hundreds of armed bandits riding in a convoy of motorcycles and terrorizing communities in Katsina State and some other communities in the northwest of the country.

Reacting last Saturday, the media quoted Buhari as “warning bandits to surrender their weapons, or face disgraceful and violent ends.” The statement was credited to one of his spokesmen, Mallam Garba Shehu.

While the President deserves to be commended, what to make of his statement is the matter agitating the minds of many.

Does the President truly believe that his warning will be taken seriously by bandits? Are these outlaws not the same set of people who reneged on an amnesty programme offered by the Katsina State governor, Aminu Masari?

The governor had lamented thus: “We went through with the amnesty programme because we wanted peace to reign in the state, and we did all that within our limited resources to see the initiative succeeded, but peace has continued to elude the state.”

Therefore, the President’s threat, no matter how serious it sounds, would appear empty in the absence of a commensurate force to deal with the blood thirsty bandits.

Indeed, it speaks of uncommon audacity that that bandits have dared the President in his home state, Katsina, and literarily kicking his arse by kidnapping someone with whom he had family ties.

Brute force is probably the immediate and only language that brigands understand. Many would love to see a sustained battle and an end to the terror unleashed on innocent Nigerians.

Believing that bandits would quake and run at the emptiness of a Buhari verbal threat will amount to surrendering the nation’s sovereignty to vandals. This certainly cannot be the President’s desire.

Speaking of a rape epidemic

The President, last week, lent his voice to the rape saga that has gripped the nation by ordering the immediate investigation of the depressing case of Uwaila Omozuwa, the 100-level student of the University of Benin.

Speaking through his verified Twitter handle, @MBuhari said: “I would like to offer my deepest condolences to the family and friends of Uwaila Omozuwa. I expect the Nigeria Police Force to speedily and diligently investigate this case and ensure that all the culprits responsible for this barbaric act are brought to justice.”

The President’s concerns are genuine, and this is supported by some scary data.

A Coalition of Civil Society Groups had disclosed that between January and June 2020, over 80 women and girls, between two and 80 years had been reportedly raped.

The development has prompted the House of Representatives to express readiness to ensure the domestication of the Violence Against Persons (Prohibition) Act and the Child Rights Act.

Nonetheless, President Buhari’s call for immediate investigation of the rape and murder of Omozuwa is in order. The ball is now in the court of the Inspector-General of Police to match the President’s words with action.

Acting on Buhari’s directives, Nigerians are eager to see what the Police would make of Omozuwa’s case, and, indeed, many other related cases. It is hoped that they would not drop the ball

The minister had championed the cause to recognize telecommunications infrastructure as Critical National Infrastructure (CNI).

Speaking of the success, Pantami’s spokesperson, Uwa Suleiman, said, “The Minister is delighted to inform stakeholders in the telecommunications industry that, President Buhari has approved and also directed that necessary physical protective measures to be taken to safeguard telecommunications infrastructure deployed across the country.”

The challenges before the Nigerian state are, no doubt, enormous. Indeed, no nation can pride itself as being overwhelmingly self-sufficient in all its needs and wants.

The President, therefore, gets a thumb’s up for his action even as Nigerians yearn for a more responsive and responsible leadership.

Just like telecoms, the oil industry has been greatly mired by insecurity, making the country’s products one of the most expensive to produce in the world.

There’s no gain saying the fact that the country remains a huge den for vandals intent on sabotaging its vast economic resources.

President Buhari must do well to consider enacting a tech-driven security architecture, powered by a reliable database, that would ensure a nation-wide response at the shortest notice.

An arrangement that profiles some sectors as more strategic can only breed discontent and weaken efforts at building a national consensus on the country’s rising security challenges.

After release from prison, Orji Kalu returns to Senate