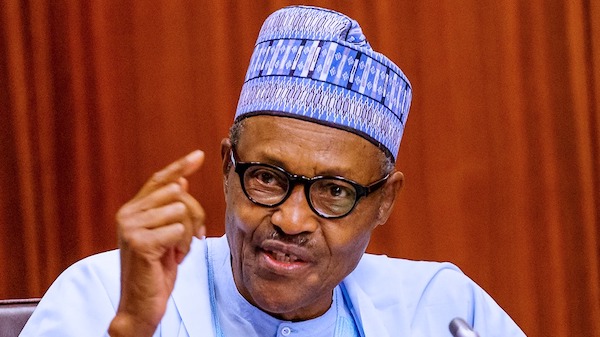 Peace of the graveyard

On June 25, President Muhammadu Buhari broke the ice in the intense conflict rocking the All Progressives Congress (APC). The President first raised the eyebrows by agreeing to attend the National Executive Committee (NEC) meeting called by the court-installed Acting National Chairman of the party, Victor Giadom.

Then, at the virtual meeting attended by the party leaders at the State House, Abuja, President Buhari dissolved the party’s National Working Committee (NWC), ostensibly to end the protracted leadership crisis which had pitched the pro-Adams Oshiomhole camp against Giadom’s loyalists.

Buhari said: “Confronted with these issues, it is obvious that the fortunes of the party are currently in jeopardy, administration of our party is becoming impossible and there is consequently an urgent need for intervention to immediately arrest further drifts and internal wrangling which may lead to total disintegration.”

With this proclamation, the President brought the hammer down on the house Oshiomhole built. In place of the dissolved NWC, the NEC accepted Buhari’s proposal to raise a 13-member Caretaker Committee to be headed by the Governor of Yobe State, Mai Mala Buni.

And, in order to rest the myriad of court cases filed by party members in their battle for the soul of the party, the President advised them to withdraw all pending litigations against one another.

It was widely thought that Buhari’s peace moves would be thwarted with court cases by aggrieved party members, especially the pro-Oshiomhole group. That was not to be as the ex-party chairman had since accepted his fate.

“The APC under my Chairmanship has done its best and the results are there. Of course, we have now been dissolved in good faith,” Oshiomhole affirmed.

Many think that Buhari’s moves are a master stroke. However, his actions have attracted varied questions. Was the President right to have held the party’s meeting at the Federal Executive Council Chambers? Was he also right to have played judge in a matter in which a properly constituted court had given a ruling?

How appropriate was it for the Attorney-General of the Federation (AGF), Abubakar Malami, to swear-in the party’s caretaker committee? And, was the appointment of acting chairman, Mai Mala Buni, not in direct contravention of the party constitution?

It must be conceded that these posers and other related issues remain largely an internal party affair which its leaders have to find political solutions to.

There is no denying the fact that the President’s big hammer has restored some semblance of calmness and sanity within APC. Will the peace brokered by him endure? The answer, perhaps, lies in the closets of the warring parties who may have temporarily sheathed their weapons and strategies.

One thing is, however, clear. Sweeping the party’s various challenges under the carpet can only breed more resentments. At the moment, the peace hatched by Buhari can only be likened to that found in the graveyard.

Now that we are polio-free

Last week saw a jubilant President Muhammadu Buhari extolling health professionals for their relentless fight against Wild Polio Virus which has now earned the country a World Health Organisation (WHO) certification as being free of the deadly disease.

This was disclosed in a statement by Buhari’s senior special assistant on media and publicity, Garba Shehu, who said that the President appreciated local and foreign partners, including traditional and religious leaders for their contributions in achieving the feat.

“This landmark achievement is also a promise kept to all Nigerians. As you will recall that in August 2015, barely three months after we assumed office, I promised Nigerians that my government shall provide the necessary resources and commitment required to strengthen the health system for routine immunisation and ensure that the country is certified polio-free,” the statement read in part.

Nigeria celebrated three years of zero polio case on August 21, 2019 having witnessed an outbreak of the virus in 2016 in Borno State. In Shehu’s statement, he noted that the President authorized the release of N9.8 billion to the National Primary Health Care Development Agency (NPHCDA) to contain the epidemic.

President Buhari and the health professionals deserve to be commended for the roles they played in caging the disease.

However, the celebrations must be subdued as the country’s healthcare delivery system is still in a troubled state. The public health crisis is more than exemplified by the reality of the Lassa Fever challenge and the poor handling of some communicable diseases such as cholera and cerebrospinal meningitis.

This N7.5bn must not be looted

The President, last week, granted an approval for the Tertiary Education Trust Fund (TETFund) to increase the amount given to the National Research Fund (NRF) to N7.5 billion for the year 2020 from its initial N3 billion.

This was made public by the Executive Secretary of TETFund, Prof. Suleiman Bogoro, at the 2020 TETFund Board of Trustees (BoT) retreat in Abuja. Bogoro explained that the President’s approval avails TETFund the opportunity to provide 12 COVID-19 and related infectious disease molecular laboratories, two in each geopolitical zone, making the fund the highest single provider of COVID-19 test centres in Nigeria.

Bogoro said: “The BOT also approved that TETFund sponsors some COVID-19 Research proposals to the tune of over N200 million, mainly from Universities and NAFDAC, this being one of the reasons TETFund has recently been made the Secretariat for the Nigeria COVID-19 Research Consortium R&D.”

The President’s approval is worthy of commendation. The deployment of all workable strategies and opportunities to see that Nigeria is COVID-19 free is welcome.

Given the penchant for public officials to loot state resources, the President may do well to ensure that appropriate machinery is in place to track the management of the funds and the quality of job to be done.

It bears repetitiveness to say that the best processes are those that are proactive and able to nip in the bud any temptation by players to cheat on the system. Paying strict attention to how the people saddled with the task of making this come to reality should be top on the President’s mind.