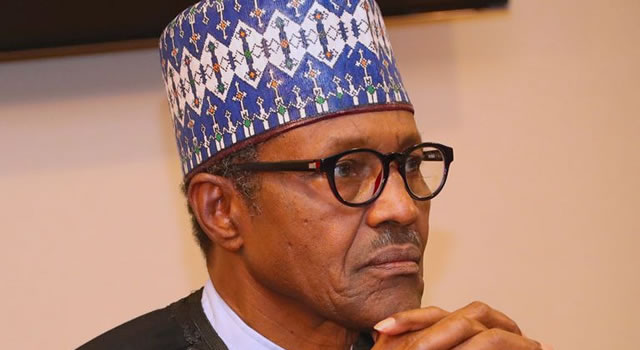 As xenophobic attacks in South Africa heightened, Nigerians were,  last week, left with tales of ‘double wahala’. No thanks to perceived inertia at Nigeria’s seat of power.

First, while Nigerians in South Africa rued the aftermath of the hate attack that supposedly left businesses, several of them owned by Nigerians, burnt to ashes, those back home were left in tears over their looted shops.

Some miscreants, in reprisal attacks over the treatment meted out to their fellow citizens in South Africa had, while attacking South African businesses in Nigeria, ironically ended up adding salt to the injury. This was because the major owners of the businesses looted back home were also Nigerians. Not a few have blamed President Muhammadu Buhari who, since his first term in office, had been christened “Baba Go Slow.”

All the ranting and rhetorics

The recent xenophobic attacks on Nigerians and non-indigenes in South Africa started on September 1. Nigeria’s Minister of Foreign Affairs, Geoffrey Onyeama was the first to respond the day after via a post on his Twitter handle.

“Received sickening and depressing news of continued burning and looting of Nigerian shops and premises in South Africa by mindless criminals with ineffective police protection. Enough is enough. We will take definitive measures,” he said.

The ‘enough is enough’ ranting sounded welcoming to many Nigerians. They had eagerly awaited their leader, a onetime general to talk tough, speak out in strong words that would demonstrate he cares and would not tolerate harm visited on any Nigerian anywhere in the world. But that never happened. To the chagrin of many, the next to be heard from the government were words of “deep concern” and “displeasure.”

Many, who expected action that would reinforce the government’s initial ‘enough is enough’ rant were disappointed in no small measure. And since no proactive and assertive response came forth, hell was let loose.

Ardent critics of Buhari, like the former aide to ex-President Goodluck Jonathan, Reno Omokri and Femi Fani-Kayode took to Twitter handles and other social media handles to knock him.

Read also: ASO ROCK WATCH: ‘Fake Buhari’ in Tokyo; When IPOB, Kanu took the rest of us for fools

Omokri dubbed the Nigerian government a ‘useless’ one, wondering how the government would only be responding on Twitter a week after a foreign country had been killing its citizens and vandalising their property. Fani-Kayode, who seems to spew his thoughts the way they come said, “Buhari has proved himself to be a weak leader, a chicken-hearted scarecrow, a toothless bulldog and a bloody coward.”

Pummeled by criticisms, the Nigerian government did something many of its angry citizens commended. It pulled out of an African economic summit in South Africa and also sent a special envoy to the country.

In the heat of all these, President Buhari looked to have ensconced himself in the comfort of Aso Rock, choosing to speak through his aides and Information Minister. Many had argued that had President Buhari addressed the citizens in a national broadcast, he might have calmed some frayed nerves and saved the country from the double tragedy of losses at home and abroad. But that was not to be.

Matters were made worse with the Presidency calling off its weekly Federal Executive Council (FEC) meeting that, perhaps would have afforded his government opportunity to deliberate the vexed issue. The joke around is that he could be camera-shy.

According to the Lagos State governor, Babajide Sanwo-Olu, the reprisal attacks on South African businesses saw no less than 5,000 Nigerians lose  their jobs. The Nigerian Police had, while arraigning some of the miscreants that looted shops, reportedly told the court that the miscreants stole and damaged properties estimated at N500 million.

For keen observers, these stats represent not the real losses. The damage lies in the psychological trauma of many citizens realizing that their future and those of their children have been truncated.

What should Buhari tell Ramaphosa?

Buhari’s special envoy to South Africa has since returned to Nigeria but the xenophobic attacks continue.

The Presidency happily announced recently that ‘Baba’ would, by next month, October, visit South Africa and meet with President Ramaphosa. According to the Chief, the agenda for the proposed visit would be guaranteeing the safety of all Nigerians in South Africa. Critics have adopted a wait-and-see attitude.

As exciting as news of Buhari travelling to South Africa may sound, the truth remains that many Nigerians cannot fathom while he would wait till a month after attacks were unleashed on his countrymen to travel to South Africa to find a solution to their predicament.

Buhari once said, “Those who call me ‘Baba Go Slow’ will see whether I am slow or fast.” The promise to quicken his steps in the area of governance may yet remain a promise. Until the leopard changes it’s skin, the presidency, I fear, will have to live with the toga, “Baba Go Slow”.

Oshiomhole laments APC condition in Rivers, says ‘we don’t even have LG councillor’