On July 19, President Muhammadu Buhari’s Senior Special Assistant on Media and Publicity, Garba Shehu, lashed out at those accusing the President of not being in control of his administration.

His discomfort, apparently, stemmed from recent opinion articles which noted that Buhari had lost grip of his government in the face of rising political and socio-economic problems.

Shehu had said: “As many detractors have done lately, these ‘influencers’, ‘celebrated columnists’ and ‘editorial comments’ do no more than endorse the opposition’s utterly wrong and fallacious position that the President is not in charge of his government.”

It would have been a huge surprise to hear Shehu say something different from his forceful defense of the President. It is certainly a no brainer that he is paid to manage Buhari’s reputation, a duty he must discharge or face sack.

Garba’s rigorous fightback only scratches the surface. Too many instances abound to limit his damage control efforts.

On July 1, the Minister of Labour and Employment, Dr. Chris Ngige, said he had the approval of the President to suspend the management of Nigeria Social Insurance Trust Fund (NSITF). However, in a statement on July 2, NSITF denied the Minister’s claims.

How about the shameful tussle for office space between the Minister of Communications and Digital Economy, Dr. Isa Pantami, and Chairman of Nigerians in Diaspora Commission (NIDCOM), Abike Dabiri-Erewa, which went viral on Twitter?

Even that between the Attorney-General and Minister of Justice, Abubakar Malami and Ibrahim Magu, suspended Chairman, Economic and Financial Crimes Commission (EFCC), is still festering.

And, what would anyone say of the various altercations between Buhari’s appointees and the National Assembly, known to be populated largely by members of the ruling All Progressives Congress (APC)?

Perhaps, the President needs to know that, despite Shehu’s well-scripted defense, Nigerians are not unaware of the missing links in his administration. 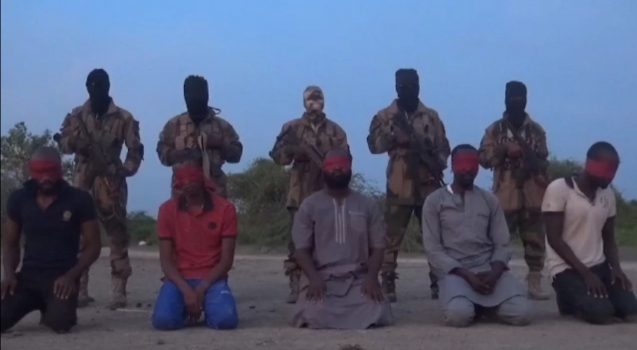 The condemnation came some hours after the terrorists released a frightening 34 seconds video of their killing, claiming that they had to execute them because of refusal to pay $500,000 ransom.

The terrorists were said to have kidnapped the humanitarian workers on June 29 on their way to Monguno from Maiduguri in Borno State.

The President, as had become customary, sympathised with the families of the five aid workers.

“…The State will work closely with their organisations to implement measures to ensure that no such kidnapping of staff occurs again,” the statement authored by Shehu Garba read in part.

The gruesome killing of the aid workers speaks boldly to the fact that the Boko Haram insurgency in the north-east has not been defeated as the Buhari government has often claimed.

It also re-echoes calls for the sack of the service chiefs, given the mindless bloodletting pervasive in the country and their seeming lack of capacity to deal with the crisis.

More importantly, it raises further concerns over the fate of Internally Displaced Persons (IDPs) who daily rely on the support of non-governmental agencies for survival. It would not be a surprise to see some of the aid workers resign and leave the State out of fear.

It is left to be seen if the ultimate price paid by these aid workers would spur the President into hitting the terrorists harder or conceding to the pressure of sacking the service chiefs.

On July 21, the Presidency reeled out excuses for the never-ending killings in Southern Kaduna, Kaduna State.

A statement by Buhari’s Senior Special Assistant on Media and Publicity, Garba Shehu, noted, among others, that the killings were “an evil combination of politically-motivated banditry, revenge killings and mutual violence by criminal gangs acting on ethnic and religious grounds.”

He claimed further that: “From available records, Southern Kaduna enjoys comprehensive security deployments, including the Army, Special Forces of both the Army and the Air Force, surveillance aircraft by the Air Force and mobile police units that are on ground on a 24-hour basis to forestall criminality and keep the peace.”

Government position begs the questions! If Southern Kaduna was, indeed, so secured, why the on-going genocidal killings even in the face of a government instituted curfew?

The politically-motivated killings have gone on for too long that even the worst of critics admit that the administrations at State and national levels have failed woefully.

The President, working closely with the governor of Kaduna State, Nasir El-Rufai, must do all they could to restore order and security. Otherwise, the duo would be lending credence to street gossips that the on-going killings have been deliberately designed to subjugate a certain minority group.

Or, are critics to assume that the President has reached his wit’s end? What is obvious, though, is that Nigerians did not elect the President to dish out excuses, in the face of non-performance.

It behoves him to quit the excuse lane and address the security concerns in the region, and other parts of the country.