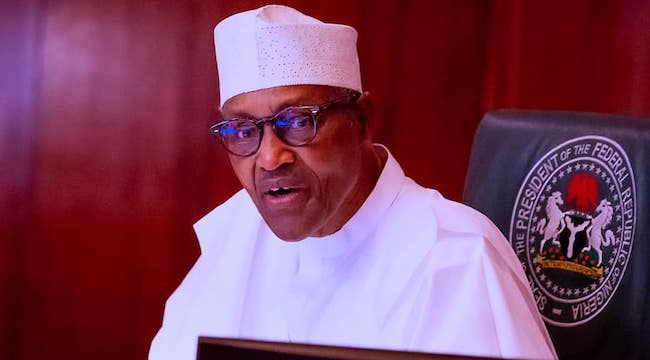 On January 18, the Presidency celebrated President Muhammadu Buhari for supposedly forsaking the old ways of his predecessors who allegedly maximised the privileges of their exalted office to enrich their friends to the detriment of the country.

The position of the Presidency has stoked heated debates necessitating a critical review.

We also picked two other stories that kept the Aso Rock Villa abuzz within the week in review.

1. Who wants another Buhari?

Buhari’s Senior Special Assistant on Media and Publicity, Garba Shehu, had, while emphasising that not enriching his friends was Buhari’s greatest achievement in office, said, “So many in the political elites of this country cannot wait for the President’s second term office to end. They yearn for a return to the good old days of helping themselves to public funds with abandon, the easy export of ill-gotten money to foreign bank accounts, of acting without responsibility, accountability, or censure. The last thing they want is another Buhari.”

Garba’s submission is a veiled attack, no doubt, on past Presidents who steered the ship of the nation, especially the alleged profligacy reported under the 16-year rule of the Peoples Democratic Party (PDP).

As Buhari’s spin-doctor, Garba does have his tasks cut out but it is arguable that his principal is the saint he is trying to project. This is so because there is a near consensus that cronyism, nepotism and other related ills still bug the administration.

These are further burdened by the increasing mass of Nigerians going into poverty and the gradual descent into anarchy in most parts of the country, all due largely to poor leadership.

It is clear, therefore, that the Muhammadu administration has delivered little on expectations for its performance to serve as a reliable yardstick for measuring the quality of leadership in the future.

The Vice President, Professor Yemi Osinbajo, on January 18, expressed optimism that even though “the soul of the North, and of Nigeria, by extension, is being contested by some of the most destructive and evil forces in contemporary history,” the Buhari-led administration stands firm to resist, and defeat them.

According to Osinbajo’s Senior Special Assistant on Media and Publicity, Laolu Akande, he made the remark while speaking as a special Guest of Honour at the 8th Sir Ahmadu Bello Foundation Memorial Lecture in Kano State.

Osinabjo’s optimism sure stands on shaky grounds. The harsh realities are that Nigeria is far from winning the war against the deadly forces that the Vice President talks about. If anything, the government has shown lack of political will to decisively deal with the non-state actors creating instability and threatening the sovereignty of the country.

Osinbajo must, therefore, be sincere to admit that a lot more needs to be done by the Buhari administration beyond the seeming empty promise that Nigerians will experience a complete turn around in its security challenges in less than 17 months.

3. Buhari, and his promises

On January 20, President Buhari reaffirmed his resolve to tackle societal challenges, and improve the quality of lives of Nigerians.

Buhari made the vow in his address at the palace of Alhaji Muhammadu Isa II, the Emir of Jama’a, in Kaduna State. He said that his administration was “doing our efforts to consolidate the system for the good of the people because they matter” while resolving to “consolidate the country’s political system to improve the quality of the people’s lives.”

Mr. President’s intention for Nigerians is, no doubt, lofty. There, however, remains a huge gap between expectations and reality. As has been argued elsewhere, the administration has scored very low in all indices measuring human development index.

Herein lies the cross that President Buhari and his team must bear.