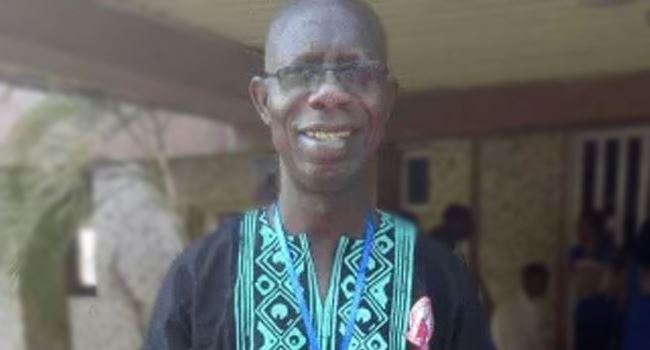 The Chairman, Academic Staff Union of Universities (ASUU), Ambrose Alli University, Ekpoma chapter, Monday Igbafen has alleged that his life is under threat for carrying out the union’s activities.

Igbafen who revealed this in a press statement issued on Wednesday said that the alleged threat came from the Vice Chancellor of the ivory tower, Prof. Ignatius A. Onimawo.

In the press statement entitled “Threat to my life and personal safety by the Vice Chancellor”, which was issued in Benin, Igbafen said that he is terribly afraid for his life and job given the influence and enormous powers that a Vice Chancellor wields.

“I write to bring to your notice a personal fear for the security of my life and that of my job, following the threat issued against my person by the Vice-Chancellor, Prof. Ignatius A. Onimawo of our dear university via his personal telephone number.

“My alleged instant offence that warranted the threat of the Vice-Chancellor is for carrying out union’s activity in my capacity as chairman of the University’s chapter of the Academy Staff Union of Universities (ASUU) particularly for daring to write and sign a union letter, which is probably considered to be offensive by the Vice-Chancellor, a letter which the union copied the visitor to the university, the Secretary to Edo State Government, the Commissioner for Education and the Pro-Chancellor and Chairman of Governing Council”.

He also tasked those saddled with the responsibility of investigating those behind the online publication bordering on the authenticity of the certificate of Governor Godwin Obaseki to do so in order for the leadership of ASUU-AAU chapter to be exonerated.

“However, a particular comment on the rebuttal story of the Vice-Chancellor on the Nairaland forum insinuated that the leadership of ASUU in the University and the Pro-Chancellor and Chairman of the governing council cannot be exonerated from the whole controversy as an attempt to get at the Vice Chancellor.

“Having received this allegation, which the union consider to be very serious, the said memo was written to draw the attention of the Vice-Chancellor to it and the urgent need to conclude his promised investigation into the serious issue and to also ensure that the maker of the said comment of the involvement of ASUU leadership and the Pro-Chancellor and Chairman of Governing Council is/are tracked, identified and made to prove his/their allegation”, he stated.

The ASUU Chairman wondered why the Vice-Chancellor has decided to turn the heat on him.

“I am extremely worried why the Vice Chancellor should personally identify me for the ‘kill’ over an issue that is essentially that of the union. To say the least, I am terribly afraid for my life and job given the influence and enormous powers that a Vice Chancellor wields both in and out of the University”, Igbafen in the press statement said.