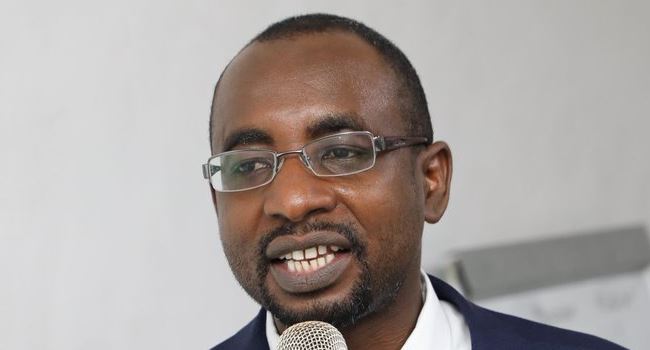 In order to resolve the ongoing strike embarked upon by the Academic Staff Union of Universities (ASUU) the Federal Government said it exercised a series of integrity tests on the Universities Transparency Accountability Solution (UTAS) which eventually failed the tests.

This was disclosed on Wednesday by the Director-General of the National Information Technology Development Agency (NITDA), Mr Kashifu Inuwa, who noted that this failure disqualifies the usage of UTAS as a payment platform for ASUU.

Inuwa stated this when he fielded questions from State House correspondents at the end of the meeting of the Federal Executive Council (FEC), presided over by Vice-President Yemi Osinbajo at the Council Chambers, Presidential Villa, Abuja, on Wednesday.

Inuwa further noted that the UTAS must be upgraded before the FG can consider it as a payment platform for the allowances accruable to ASUU.

The ASUU, on February 14, had embarked on a one-month warning strike to press home their demands involving about N1.3 trillion.

The union also wants the federal government to adopt the UTAS payment platform to replace the Integrated Personnel and Payment Information System (IPPIS).

Inuwa’s disclosure came after the Minister of Communications and Digital Economy, Prof. Isa Pantami, confirmed a mandate from the Minister of Labour and Employment, Dr Chris Ngige, requesting a review of the submission and the technical ability of the software.

Consequently, Pantami stated that he forwarded the request to NITDA

Pantami, however, directed the director-general of NITDA, who sat beside him, to give the situation report on the matter.

Inuwa said: “When we received the request to review UTAS, you know, building complex system like UTAS that involves employees’ personal data, and also payment system, we have to subject it to do best practice tests before approving.

“Normally, when we are reviewing that kind of system, we perform three tests.

“Firstly, because when you’re building a system, it’s not just about the technology, you need to consider the people that will use this system and the process.

“So, when they came, we said okay, fine, we will do user acceptance test. ASUU you’ve built this system, but you are not the one that will use the system.

“Secondly, we said we’ll do vulnerability test to test the security integrity of the system. Because if there is vulnerability, people can hack it, can change and it involves financial transactions. Adding zero means a lot. So we say we need to do that.

“And also we need to do a stress test. You can build a system on your laptop or on a small computer, use it but when you put so much data it will crash, we need to do the stress test to make sure that the system can do.

“This is on the system. Then also you need to have a data centre where you need to put that system because just having a system without the data centre it will not operate also.

“So, we did all these three tests with them. And the system couldn’t pass. We wrote the reports and submitted it back to the Minister, which he forwarded to all relevant institutions, including ASUU.

“As we speak now, ASUU is working, trying to fix all the issues we highlighted with the system and we will review it again, but that is just one half of the story.’’

According to him, ASUU is yet to inform the federal government where the data centre of the system will be installed.

“The second half of the story also, we need to find where to put that system like IPPIS we have a data centre built for it. ASUU where are we going to put it?

“You need to build redundancy. There are a lot of things to do. So, as we speak, they’re trying to fix all the issues we highlighted with the system. Then when we finish that, we need to look at the second half of the story, getting where to install it.”