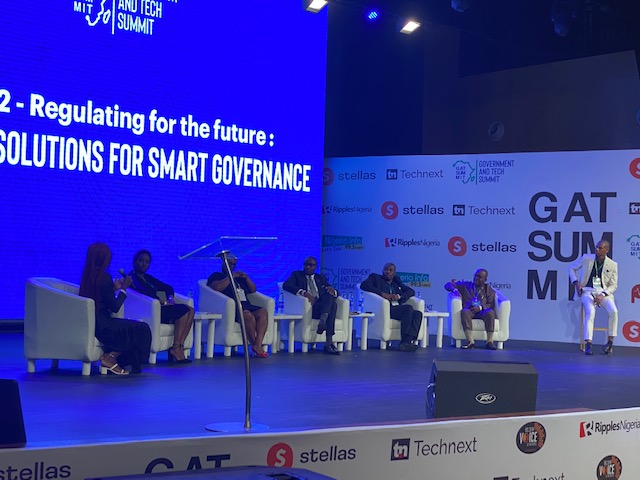 Stakeholders in the technology sector in Nigeria have been called upon to form a body or a union to protect and advocate over issues affecting their existence in the country.

The call was made at the Govt And Tech (GAT) Summit held in Lagos on Thursday.

Speaking at the event, a political commentator, Rufai Oseni, said the body was necessary in the wake of observed resistance from the government, seeking to regulate their activities.

Rufai spoke while moderating the first-panel session at the GAT SUMMIT in Lagos.

According to him, there was need to consolidate effort as a new ecosystem, especially in a bid to address the government.

The event, GAT SUMMIT, was hosted by Ripples Nigeria in collaboration with Technext to address gaps observed within the government and tech ecosystem.

Narrating how he had to forsake a fintech idea after meeting what he described as hostile and punitive guidelines, Rufai noted that the industry needed a sort of “Tech Union” body to fend for its demands.

He said: “I think a Tech Union is overdue. I mean, a body that can lead the way for tech players.

“We must see that Tech in Nigeria works because tech can scale where oil cannot.”

Also speaking at the event, Special Adviser to Governor Babajide Sanwo-Olu on Innovation and Technology, Olatubosun Alake, urged tech players in Lagos State to constantly engage the government in a bid to enhance their relationship with the government.

Olatubosun, who spoke exhaustively on how the government was working to see how tech could thrive within the state, noted that the government was open to ideas and developments as it grows its revenue on the quality of its economy.

He said: “Wherever you live and run your business, engage the government. We appreciate it when we see you come to us.

“We are always open to collaborations in terms of ideas and development. We grow by your contributions. Engage us.”