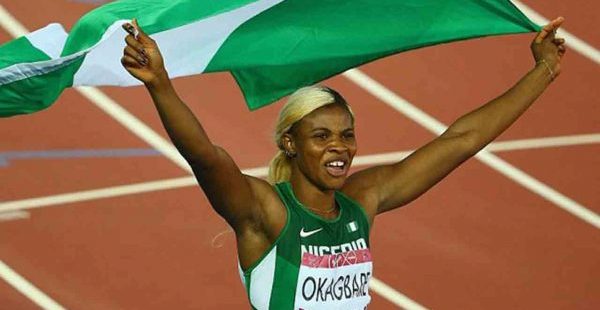 Okagbare, 32, on Wednesday, was presented with a record certificate by the Guinness World Records of being the athlete with the most appearances in the World Athletics Diamond League.

The Olympic and World Championships medalist in the long jump and a world medalist in the 200 metres, made a total of 67 appearances in the league between 3 July, 2010 and 31 August, 2018.

She had gone on to make up to 74 appearances after competing in seven more races in the 2019 edition, winning the 100m in Rabat, Morocco in 11.05 seconds and the 200m at the Prefontaine Classics in Eughene, Oregon, USA in 22.05 seconds to bring her total wins in the competition to 14.

“She (Okagbare) has scored a number of firsts for Nigeria and Africa on both the track and the pits,” read a statement by the Federation secretary, Prince Adisa Beyioku.

“She is one of our biggest ambassadors in the sport and has won several medals for Nigeria since 2007 when she won a silver medal in the long jump (6.46m) event at the African Games in Algiers.

“For the records Blessing is the first Nigerian woman to hit the 14m mark in the women’s triple jump (14.13m), the first (and only one so far) to run a sub-10.9 and sub-10.8 seconds in the 100m and the only Nigerian athlete, man or woman to win two individual medals at World Athletics’ flagship event, the World Championship courtesy of her silver in the long jump and bronze in the 200m at the Moscow World Championships in 2013.”

The AFN secretary went on to share more on Okagbare’s performances in the Diamond League.

Okagbare had taken to social media on Wednesday to congratulate herself after recieving the record certificate by mail.