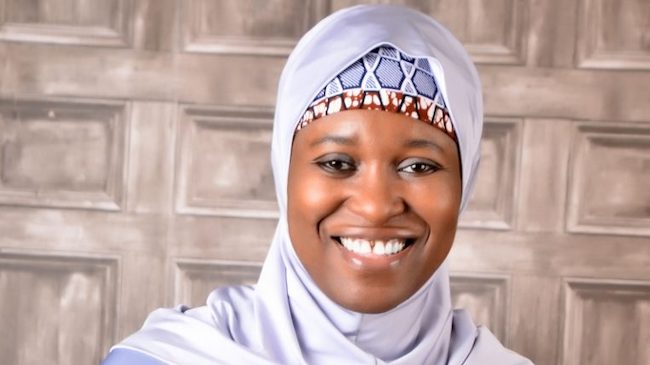 As the rift in the Peoples Democratic Party (PDP) tarries, an activist, Aisha Yesufu has stated that the presidential candidate of the party, Atiku Abubakar, was to blame.

Aisha said this in a video posted on her Twitter handle on Friday.

The political commentator recalled the 17-member committee constituted at the instance of the presidential candidate in picking his running mate after its presidential primary in June.

It was reported that thirteen out of the seventeen members of the committee recommended Governor Wike of Rivers State for the vice presidential position.

However, the presidential candidate eventually settled for Governor Ifeanyi Okowa of Delta State, stressing his ability to help him articulately deliver his policies.

Atiku’s decision had thrown the party into chaos with Governor Wike and other members of the party demanding the resignation of the National Chairman, Iyorchia Ayu, for his alleged role in the whole process.

Speaking in the video, Aisha blamed the escalation of the crisis on the inability of the presidential candidate to respect the recommendation of the committee.

He described Atiku Abubakar as one lacking in the ability to unite members of the party, adding that he would not be able to unite Nigerians.

“Atiku should not have constituted the committee since he knew he wouldn’t follow its recommendation. He couldn’t even call Wike to inform him of his development. This has caused more problem in the party”, she said.

“This is telling you he is someone who can’t even manage his party, and here we are talking about him unifying Nigeria. How possible? If he has the required leadership skills, he should be able to deal with people in order to make them feel validated”, Aisha concluded.