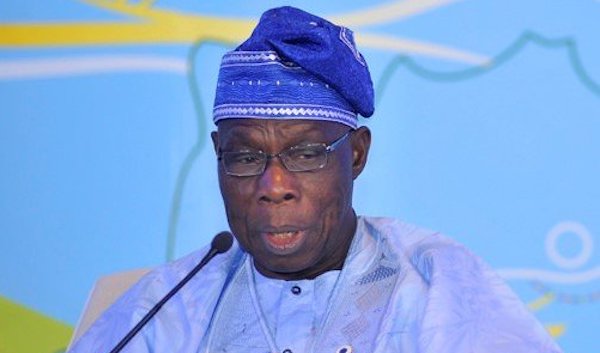 Olusegun Obasanjo is a defining personality in Nigeria’s politics. For decades he has hovered like a wraith over the political cumulus. He is one of the many Nigerian leaders who have profited prodigiously from the country’s undertaking, and he has lived a lifetime on the Nigerian privilege.

Fate handed Obasanjo the brick and mortar to set Nigeria on a fine-grained foundation in 1999 – after years of military vandalism. But did he saddle up to the importunities of destiny? Well, I believe we may not be on the current trajectory as a country if Obasanjo had applied his luck judiciously. He had the chance to redefine the course of our history – even though I admit it was not all up to him – he represented an interest.

Obasanjo’s administration was like a reprise of the military era. Political assassination, a burdensome baggage of the military epoch, was rife under Obasanjo. To date, there is still no piece to the puzzle in the murder of Bola Ige and Harry Marshall – and some other politically-linked killings across the country during Obasanjo’s presidency. It was due to the ineffaceable enormity of the bloodletting that the Northern Elders Forum and the Arewa Consultative Forum asked Goodluck Jonathan to prosecute Obasanjo in 2013.

We cannot excise this chapter from our political history. It remains an eternal blot on the former president. There were also incidences where Obasanjo was summary and borderline ruthless in execution. The cases of Odi and Zaki Biam where the former president dispatched troops on a murderous mission are still a talking point. Really, I found it fiendish when Obasanjo accused President Muhammadu Buhari of tyranny while he himself had trafficked in raw autocracy.

Corruption and pursuit of vendetta were also the hallmark of the Obasanjo administration. The sale of public assets was heavily governed by insular interest. In fact, the preliminaries of the current wobbly state of the power sector were by the failed performance of that administration. The Obasanjo government reportedly cast $16 billion into the power black-hole – not one living light-bulb to show for it.

Testifying before the senate ad hoc committee investigating the privatisation of government businesses from 1999, in April 2011, Nasir el-Rufai, who was the director-general of the Bureau of Public Enterprises (BPE) under Obasanjo, said the former president and Atiku Abubakar, his deputy, influenced the sale of public companies to their associates who did not have the wherewithal to buy them. He said the failure of the exercise was largely due to ‘’government interference’’.

“The president and I were always quarrelling over issues of privatisation. Each time I told him we have a process … that they should advise their friends to be the highest bidder,” el-Rufai said to the panel.

Perhaps, where Obasanjo chalked up notoriety is in his pursuit of vendetta. The former president is a known ‘’grudgist’’. He spares no foe – even in death. His grating ‘’condolence’’ letter on the death of Buruji Kashamu whom he knocked posthumously is the classic ‘’Obasanjo the vengeful’’. He said the late ex-senator, who was wanted in the US for alleged drug dealing, escaped justice but could not evade the sceptre of death.

I do not spar with Obasanjo over his judgment on the deceased. Hagiography is not the best way to send off any departed. Our deeds live on long after we have checked out of this plane. But I am only concerned about Obasanjo’s duplicity. His government gave evidence in the drug-dealing case against Kashamu in the UK, securing his release. And the late politician was Obasanjo’s ally until a bitter divorce owing to divergences in Ogun politics.

And while the comradeship subsisted, Obasanjo exalted Kashamu above iniquity in one of the Omo Ilu Foundation programmes of the deceased in Ogun. ‘’We appreciate all your good work. God will bless you for your good deeds,’’ he said at the event.

In his pursuit of vengeance, Obasanjo ‘’retired’’ some politicians who stood in the way of his ambition. He varied with Peter Odili, former Rivers state governor, who was angling to be Umaru Musa Yar’Adua’s deputy. Obasanjo preferred Jonathan – for ‘’certain reasons’’. He thwarted the mission of Odili and encumbered him with a corruption case. The Ikwere politician procured a ‘’perpetual injunction’’ to save himself.

Also, the former president exerted himself dismantling whatever reputation Atiku Abubakar, his deputy, who challenged his second-term bid, had. He summarily costumed Atiku in a corruption garb which haunts the political future of the former vice-president to date. Obasanjo checked Ghali Umar Na’Abba, former speaker of the house of representatives, and Chibudom Nwuche, his deputy, out of politics after they initiated impeachment proceedings against him. He was deft in making sure they did not return to the house in 2003.

I must add, Obasanjo was able to alter the political progression of these men because their closet was not dirt-free.

Obasanjo admitted he made some mistakes, but he said they were ‘’genuine’’ omissions. “I never say that we didn’t make mistake or we are perfect, but whatever mistake we made was a genuine mistake. It wasn’t a mistake we made as a result of selfishness,” he told the Point Newspaper in an interview in July 2020.

I think, whether the mistakes were ‘’genuine’’ or not, history will be as dispassionate and grating on Obasanjo as he has been on others.