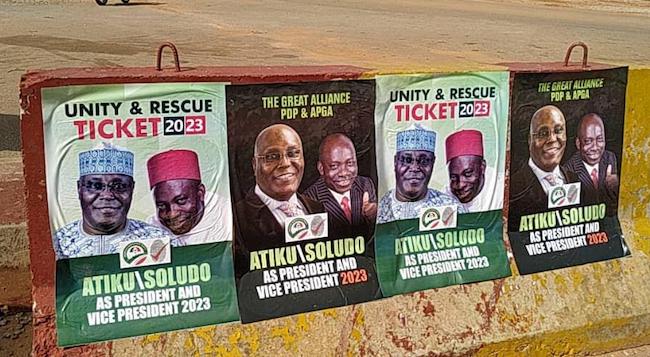 The Atiku-Soludo posters which were printed in different designs and colours were seen in Garki, Maitama, and other strategic locations in the nation’s capital.

Those behind the campaign posters claimed that the Atiku-Soludo alliance would salvage Nigeria’s situation and save the country from collapse.

Atiku was the Peoples Democratic Party (PDP) presidential candidate in the 2019 election.

He was defeated by President Muhammadu Buhari in the election.

Soludo is one of the several individuals eyeing the All Progressives Grand Alliance (APGA) ticket for the November 6 governorship election in Anambra State.

However, the national leadership of APGA is yet to react to the development.