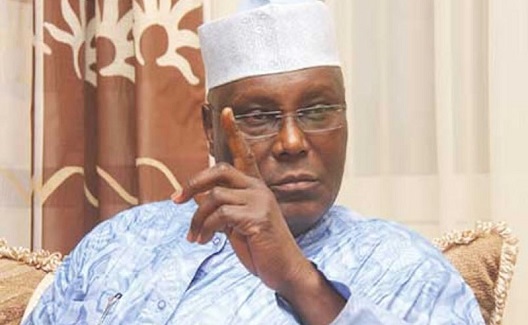 Former vice-president Atiku Abubakar has asked the President Muhammadu Buhari-led federal government to retrace its steps over the allegation by former president Olusegun Obasanjo of his planned arrest on trumped-up charges.

Obasanjo had on Friday alleged that Buhari’s government was plotting to hang a crime on him and jail him indefinitely.

Abubakar, who served as Obasanjo’s deputy between 1999 and 2007, warned the current administration against heating up the polity.

He said Obasanjo had paid his dues and deserved to be accorded respect.

“I have received with serious concern the purported alert raised by former President Olusegun Obasanjo of an alleged plot by the government to arrest him on trumped up charges,” he said in a statement.

“I am disturbed by this turn of events in our dear country considering the huge price that was paid for us to have democracy.

“I wish to advise that government and its agents should retrace their steps to avoid aggravating the already over heated polity.

“The alert by President Obasanjo is coming against the backdrop of earlier alerts by some leaders, especially those of the opposition of deliberate and orchestrated attempt to intimidate and frame them up.

“I wish to state without equivocation that President Obasanjo is a historical figure in Nigeria’s democracy and that the primary purpose of government is to provide security of lives and property of all citizens and residents irrespective of their status, political affiliation, religious inclination and ethnic leanings.

“Our nation has lost so much precious lives and property that we can no longer afford to travel that road again.

“I wish to appeal to President Buhari to call the security agencies to order in order to douse the tension in the land.”